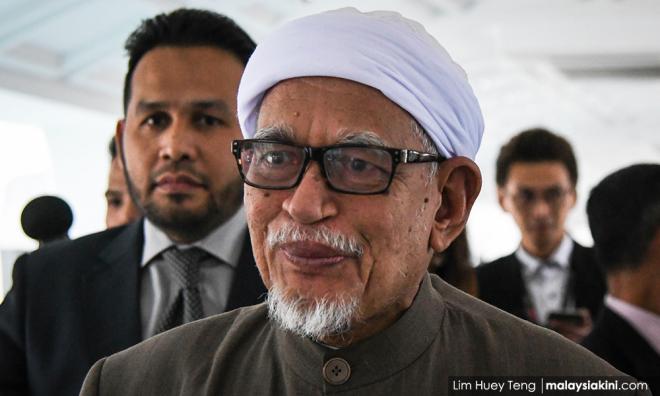 Hadi was approached by reporters at the Parliament lobby today to comment on the video of Nik Abduh's speech that was recently uploaded onto Najib's Facebook page.

“Wherever he goes, kalah ayah saya (Najib does better than my father)… People are clamouring for selfies with him.

"God works in strange ways,” said Nik Abduh in the video clip of him speaking at a joint event by Umno and PAS in Ayer Hitam, Johor.

Nik Abduh, the Bachok MP, is the son of Nik Abdul Aziz.

He also told the audience that he visited Najib during the Hari Raya celebrations and he was amazed by how the former premier had experienced a resurgence in popularity despite losing the last general election.

Nik Abduh said he was also surprised by how Najib was embraced as “Bossku” by his supporters.

Najib is currently facing dozens of corruption and money laundering charges in relation to the 1MDB scandal. He has denied wrongdoing.