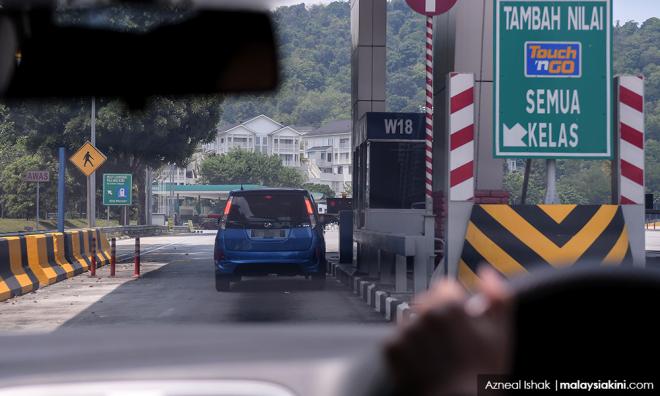 Lim Guan Eng said today that the objection to Maju Holdings Bhd's proposed takeover of Plus Malaysia Bhd is based on feedback from its main shareholders – Khazanah Nasional Bhd and Employees Provident Fund (EPF).

The finance minister said this when asked about a report that he objected to the takeover, which Maju Holdings had proposed to Prime Minister Dr Mahathir Mohamad.

"We receive many proposals from various quarters, but decisions are based on the interest of the main shareholders. In this case, it is Khazanah and EPF.

"For the time being, Khazanah and EPF do not agree (to the proposed takeover)," he told journalists at the Parliament lobby.

Lim said, however, that he is prepared to meet with the leadership of Maju Holdings, as the company is preparing a new proposal.

In 2017, Maju Holdings put in an RM36 billion bid for Plus, which owns the North-South Expressway. The offer was rejected by the previous administration.

There are no details on the renewed bid launched last month, which has apparently failed to impress Khazanah and EPF.

UEM Group Bhd, wholly owned by Khazanah, controls a 51 percent stake in Plus, while EPF controls the remaining 49 percent.

On a separate matter, Lim said he will be preparing a report for the cabinet on whether Malaysia will take up the Panda bonds offered by China.

Lim said he will inform the public after the cabinet is briefed on the matter.

transport
business
plus
maju holdings
khazanah nasional
epf
lim guan eng
Related Reports
Pua: Najib-era toll removals didn't come free
a year ago
Works Ministry yet to receive new offer from Maju to buy Plus
a year ago
Discounts for Akleh Highway users in April
a year ago
Gov't takeover of four highways not a done deal yet
a year ago