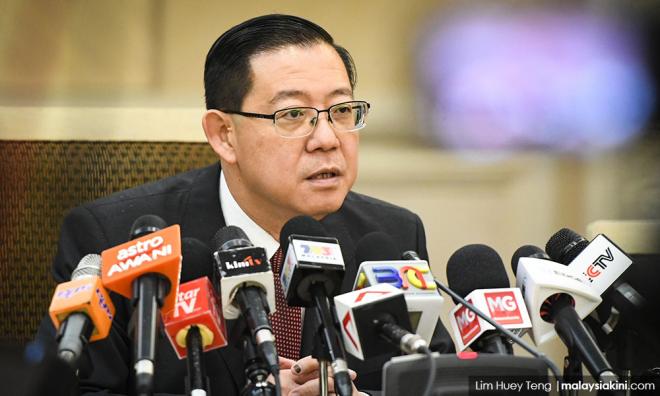 A bulk of the amount came from the sale of the Park Lane Hotel in Manhattan, New York (RM567.8 million) as well as from money seized from film production company Red Granite Pictures (RM238 million) which was returned by the US government.

A further RM97.3 million was recovered from financial institutions in Singapore.

A total of RM27 million was recovered from Malaysian entities, of which RM20.9 million was from 1MDB itself and RM6.1 million from Yayasan 1MDB, the sovereign wealth fund’s foundation.

“Local authorities, including the MACC, police and the Attorney-General’s Chambers, continue to work together with foreign authorities to recover any more misused money so that we can repay 1MDB’s RM51 billion debt, which includes future interest guaranteed by the federal government,” Lim said in a statement.

The minister stressed that the recovered amount did not include proceeds from the RM527.4 million (US$126 million) sale of superyacht Equanimity to local conglomerate Genting Malaysia Bhd earlier this year.

“The full amount from the sale was received on April 23 and has been placed in a Sheriff’s Stakeholder Account at a leading law firm in Malaysia for three months. This is to reconcile upkeep expenditure for the yacht which will be determined by a court order.

“After deducting the total expenditure, proceeds from the sale are expected to be deposited in either 1MDB or the Finance Ministry’s Recovery Account in Aug 2019.

“Once we receive the US$126 million, the funds will be used to settle a portion of 1MDB’s debts,” Lim explained.

Also in the statement was praise for MCA-owned Koperasi Jayadiri Malaysia Bhd (Kojadi) for its ongoing but thus far, unsuccessful efforts to return money to the government.

“It was clear that Kojadi was influenced by MCA. MCA’s interference into Kojadi’s affairs was confirmed by its (former) chairperson Ng Peng Hay, who is a former MCA assemblyperson from Malacca.

“[...] The commitment from Kojadi’s (former) chairperson to do the right thing and return the Yayasan 1MDB money despite facing various actions against him, ought to be praised,” Lim said.

In recent weeks, Ng has been engaged in a public spat with MCA president Wee Ka Siong.

He claimed that Wee had “blocked” him from meeting MACC to return 1MDB-linked funds.

In turn, Wee denied the accusations and counterclaimed that he had simply advised for more consultation before any action was taken.

Earlier this week, Ng claimed to have been “arbitrarily” suspended from his post by the Kojadi board.

finance minister
1mdb
Related Reports
Now Deutsche Bank under DOJ's microscope over 1MDB
a year ago
Envoy: Jho Low talks a lot, come to M'sia or US to face charges
a year ago
Najib's stepson Riza Aziz to be charged tomorrow
a year ago
Court sets dates for MACC to notify 9 respondents in 1MDB suits
a year ago