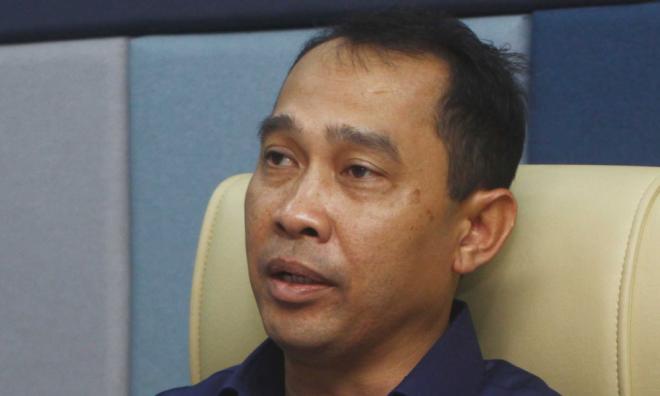 Perak exco Abdul Yunus Jamhari has lodged a police report against his former special officer Beh Yong Kean for accusing him of leaking government secrets and attempting to solicit “commissions”.

He also intends to lodge a report to the PKR disciplinary board as well as an official report to the Education Ministry for the involvement of a teacher in the accusations against him.

“Aside from the police report lodged by me this morning, I will also lodge a report to the party disciplinary board about the involvement of several party members in these allegations and accusations hurled against me.

“I will also lodge an official report to the Education Ministry about the involvement of a teacher who was involved in the false accusations against me with the intention to topple me and threaten the stability of the government,” Abdul Yunus said in a statement today.

He reiterated his denial against Beh who had yesterday lodged a police report accusing Abdul Yunus of intending to support two companies in their bid for Perak state land totalling 93 acres in exchange for a “commission”.

Beh had also claimed his former boss has leaked minutes of a state government meeting to him so that he could initiate the negotiation process with the two companies. He said there was also another former special officer to Abdul Yunus who was a witness to this incident.

Abdul Yunus said he was a three-term representative whose salary and allowance as an assemblyperson and exco was sufficient for him.

The PKR assemblyperson also pointed out that he rejected a bribe of “tens of millions” in 2009 to leave his party.

“It would be very weird for me to take a bribe of a few hundred thousand now as what I have been accused of,” he said.

Not only that, he explained that it is normal for him and his officers to meet every week or month where they would discuss and share government documents and letters to resolve the issues of the rakyat.

“I shared all sorts of information and data with my special officers and office staff in my capacity as the people’s representative on official business.

“What is the issue? The complainant (Beh) has himself admitted that he was my former special officer,” Abdul Yunus said.

In his first denial yesterday, Abdul Yunus had also turned the tables on Beh by accusing him of being the owner of an illegal factory in Tanjung Piandang with an axe to grind with him over his (Yunus’) rejection of several land application matters.

“I am convinced that he is seeking revenge against me since I did not support the approval of several land applications he sought since several years ago,” Yunus had said.