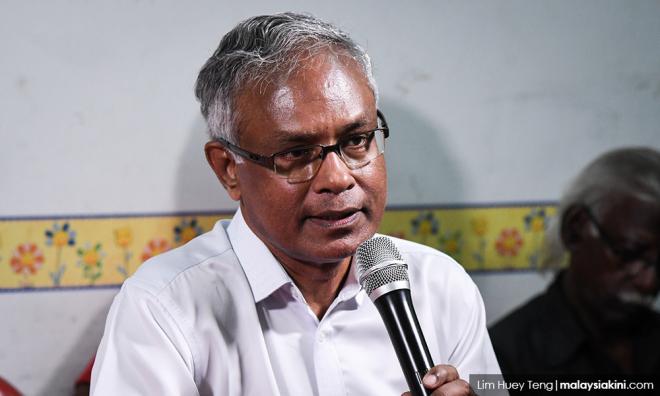 His election to the position follows the decision by outgoing chairperson Nasir Hashim to step down.

PSM secretary-general A Sivarajan said the election marks the end of a five-year transition plan where the entire leadership, when the party was founded in 1998, has been replaced with new faces.

He said under the new leadership, women occupy eight of the 15 positions.

The election took place during the three-day 21st PSM Congress in Kajang which concluded today.

The congress also saw the attendance of Gerakan leaders.

"Gerakan, which has quit BN and is now operating as an independent, is interested in cooperating with other progressive forces.

"PSM hopes their participation in our congress will pave the way for further discussions," Sivarajan said in a statement today.

During the congress, he said PSM also decided to set up state liaison offices, similar to other political parties.

"The congress seeks for PSM to expand widely in order to fill the vacuum in the absence of a credible opposition in the eyes of the people," he said.

Several papers were also tabled during the congress, including on climate change policies and the rise of right-wing populists.