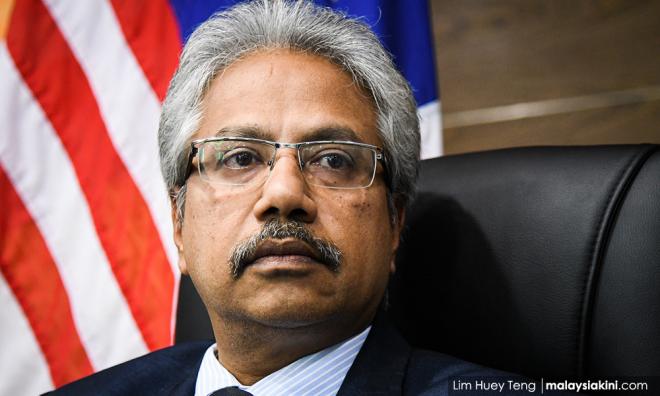 Minister in the Prime Minister's Department P Waythamoorthy has announced the formation of a new political party to advance the interests of the Indian community.

"I am pleased to inform that the Malaysian Advancement Party (MAP) has now officially been registered with Registrar of Societies," he said in a statement today.

"The party will embark on its journey with its objectives to protect, promote and advance the interests of the Indian community in Malaysia in the political, economic, educational, cultural, religious and social spheres.

"As a people’s movement, the party will ensure that it plays a crucial role for the Malaysian Indian community with effective representation, with renewed hope and opportunities under the Pakatan Harapan government," he added.

In light of heading the new party, Waythamoorthy, who is in charge of national unity and social wellbeing, said he would resign as Hindraf chairperson.

The minister said an EGM would be called soon to elect a new chairperson for Hindraf to continue its role as the watchdog body for the Indian community.

According to Waythamoorthy, MAP's direction and vision are to adopt fundamental rights and a needs-based approach for socio-economic advancement towards community empowerment and resilience.

"The values that we will propagate will include inclusiveness, equality, quality, originality, integrity and transparency with an effort to restore the intention of our forefathers in this multicultural nation.

"The party will partake in a positive and constructive manner with all the existing Harapan parties to enhance the agenda for shared prosperity under this Malaysia Baru government," he added.

Sources claim that Waythamoorthy has been keen to establish a political vehicle for himself and his followers.

It is believed that while he has the support of Prime Minister Dr Mahathir Mohamad, he does not have a warm relationship with PKR president Anwar Ibrahim.

Indian leaders within PKR and DAP are also said not to be in favour of Waythamoorthy being retained as a minister once Mahathir steps down.

They are also said to favour a multiracial party as a platform for the Indian community, instead of having another single race party, like the once-dominant MIC.

MAP is the latest party that claims the heritage of the Hindraf movement, which created a huge impact with a large rally held in November 2007.

Other parties include the Human Rights Party led by Waythamoorthy's brother P Uthayakumar, and the Malaysia Makkal Sakti Party led by RS Thanenthiran.