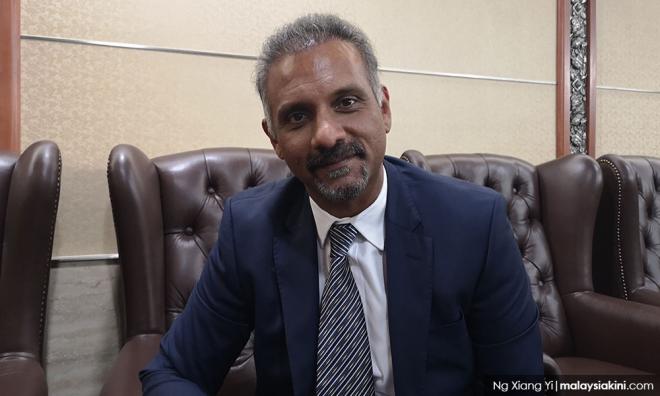 Lawyer Ramkarpal Singh said the Attorney-General's Chambers' explanation over its decision to classify the case of Teoh Beng Hock's death under wrongful confinement instead of homicide is unacceptable.

Attorney-General Tommy Thomas, in a letter to Ramkarpal, had said the classification under wrongful confinement is procedural as there was insufficient evidence at present but a culpable homicide charge can still be brought when there is enough evidence.

"We take a very different view, we feel there is sufficient evidence for homicide. We know the identities of the officers' concerns (who were responsible for Teoh's death).

"We know their identities and the involvement and roles they had. To say that there is insufficient evidence, I don't think it is acceptable.

"We urge the attorney-general to scrutinise the evidence before him," he told a press conference at the Parliament lobby today.

Earlier, Ramkarpal revealed Thomas' letter to him after he inquired whether the AGC had ruled out homicide.

Ramkarpal, who is DAP's Bukit Gelugor MP, also revealed Thomas' letter to DAP secretary-general Lim Guan Eng who had made a similar query.

Ramkarpal, who is representing Teoh's family, said they will be meeting with Thomas soon to seek further clarification.

In the letter to Ramkarpal, Thomas (below) explained there was still insufficient evidence to proffer a culpable homicide charge but added that this will not stop investigators from gathering more evidence.

"The instruction from this Chambers to the police to open an investigation paper classified under Section 342 of the Penal Code is merely an administrative procedure.

"This decision was necessary because despite numerous rounds of scrutiny by officers in Chambers, most recently in March 2019, of the evidence collected from investigation into possible homicide following the Court of Appeal's finding, the present state of evidence is insufficient to proffer a charge under Section 304 or 304A of the Penal Code.

"This recent classification does not however in any way prevent investigators from looking into the truth or as to who were involved in his death," he said.

Section 342 concerns wrongful confinement, which carries a prison term of up to a year, or RM2,000 fine or both.

Section 304A concerns causing death by negligence which carries a punishment of up to two years, a fine or both.

Thomas also assured that the case could be reclassified if and when new evidence comes to light.

"Please be assured that should there be sufficient evidence uncovered by the police, the public prosecutor is not prevented by reason of such an administrative classification from bringing a charge under culpable homicide or any other suitable charge in order to bring those responsible to justice," he said.

Teoh was found dead at Selangor MACC headquarters in July 2009 after being questioned by MACC officers as a witness.

The Coroner's Court gave an open verdict after it could not establish whether Teoh was murdered or committed suicide.

The Court of Appeal, in September 2014, set aside the open verdict and concluded that a person or persons were responsible for Teoh's death.