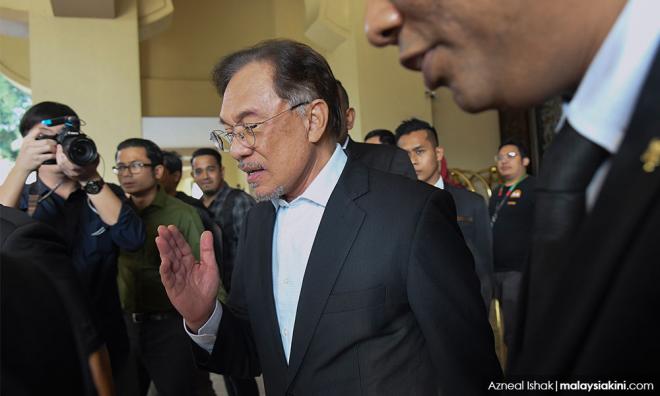 A statutory declaration purporting that Anwar Ibrahim has the support of two-thirds of lawmakers to become the prime minister is fake.

The denial was made by one of Anwar's aides when contacted by Malaysiakini.

The fake statutory declaration, dated July 3, states that since Anwar has two-thirds support to replace Dr Mahathir Mohamad, he is awaiting the advice of the Yang di-Pertuan Agong on the transition of power.

It also purports that Bersatu president Muhyiddin Yassin would be appointed as deputy prime minister.

Mahathir has pledged to hand the reins to Anwar, although no timeline has been set.

Both have repeatedly been hounded over the transition plan since Pakatan Harapan unseated BN in May 2018.