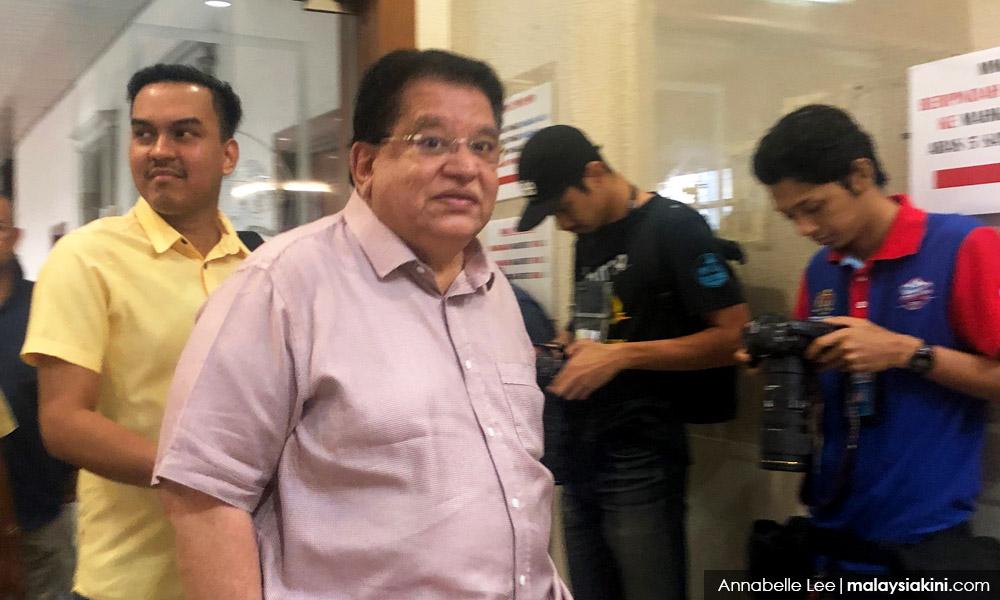 The official receipt of the political donation to UMNO was presented by the 19th prosecution witness, Chai Kin Kong, who is the managing director of Asamas Kayamas Sdn Bhd, while testifying in the trial yesterday.

"We understand that the defence objected under Section 51A of the Criminal Procedure Code (submission of receipt documents)," she said, adding that the prosecution also suggested for the investigating officer from the Malaysian Anti-Corruption Commission (MACC) to be called upon to clarify about the receipt.

Lawyer Tan Hock Chuan, representing Tengku Adnan, said under Section 51A, it was the responsibility of the prosecution to submit the relevant documents before the trial began.

However, he said the court had the jurisdiction and discretion to allow additional documents to be submitted after the trial began.

Judge Mohamed Zaini Mazlan set today for both parties to make their submissions under Section 51A before the court decides whether to allow the prosecution to call the witness to testify.

"Whether the court will allow the prosecution to call the 20th witness to testify first or to postpone it to another date, I would like to hear the submission from both sides (before making a decision)," he said.

The payment receipt was presented by Chai during a cross-examination session yesterday after Tan asked if the former had received a receipt, acknowledgement of receipt or document relating to the RM2 million contribution.

In his testimony earlier, the witness confirmed paying the RM2 million via cheque to Tengku Adnan who had requested a political donation from him.

According to the charge, Tengku Adnan as a civil servant, namely the Federal Territories minister at the time, had allegedly received the gratification of RM2 million from businessman Chai Kin Kong via a Hong Leong Islamic Bank account cheque belonging to Aset Kayamas.

The cheque was deposited into the CIMB Bank account of Tadmansori Holdings Sdn Bhd, of which Tengku Adnan has an interest, and the company is known to have official dealings with Aset Kayamas.

Tengku Adnan was charged with committing the offence at CIMB Bank Berhad, Damansara City Centre here on June 14, 2016, under Section 165 of the Penal Code, which provides for a jail term of up to two years, or fine, or both, upon conviction.

Meanwhile, Julia, when met by reporters after the proceedings today, said that they had just received the documents related to the receipt in the morning, and could only submit it to the defence by the evening.