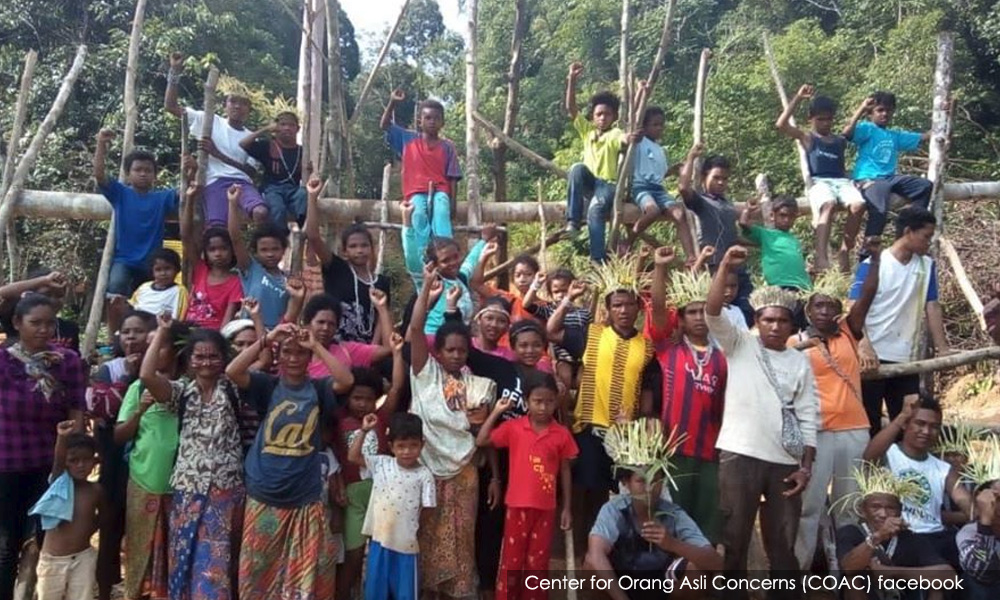 UPDATED | The blockade that was set up by Temiar villagers in the disputed lands of Kampung Sungai Papan in Perak, has yet again become a focal point for a showdown between loggers and villagers.

Centre for Orang Asli Concerns coordinator Colin Nicholas said that since yesterday, the blockade has been rebuilt by villagers, only to be dismantled by loggers with chainsaws.

"They are not even the regular loggers, but 'outside strong-arm' individuals tasked to do the job," Nicholas told Malaysiakini.

He said these blockades had been set up in a number of places to prevent loggers from encroaching into their ancestral lands.

Nicholas, who is on his way to the blockade, refuted reports by a news portal that the loggers were "putting up their own blockade, and a ‘no entry’ sign to stop villagers from entering the area."

He said there was no rival blockade and no reason for the loggers to build one. Nicholas said that for the moment the tense situation has died down with loggers, police and Forestry department officials having left the area.

He added that the area is quite remote. "There is no line there. They have to go up a hill to be able to call out."

Yesterday, Nicholas said that the Temiar planned to rebuild the blockade that was torn down by the loggers, who were escorted by police this morning, but even that rebuilt blockade has been attacked.

The men were then released by the police at about 3pm after Minister in the Prime Minister's Department P Waythamoorthy condemned the arrests.

He said the Federal Court has recognised that Orang Asli customary land rights supersede the rights of the state governments.

"Until the legal boundary of Orang Asli’s land rights is determined, I am of the view it is illegal for state authorities to unilaterally grant permits for logging concerns to encroach and exploit the rights of these defenceless people without prior informed consent," said Waythamoorthy.

Nicholas claimed the loggers were bold because of alleged support by the Perak state government, and that logging had also been hastily approved for the neighbouring Pos Piah area.

Gerik police said the three Temiar Orang Asli were only taken to the district police station for documentation purposes.

"We only recorded their statements. They were released unconditionally in the afternoon," Gerik police chief Ismail Che Isa said.