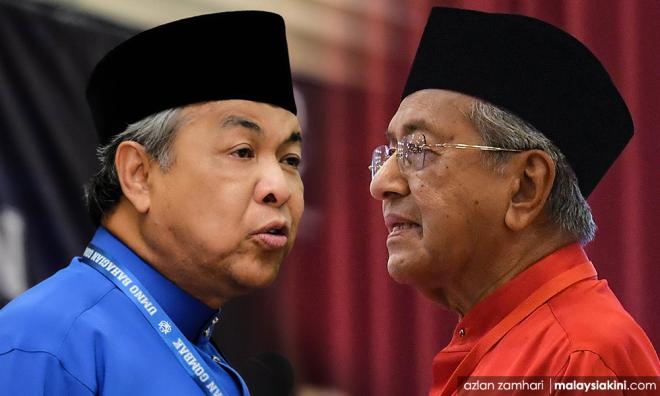 On the contrary, Zahid said it was Bersatu that was being "fooled" by the DAP.

He said this in response to Mahathir's advice to Bersatu members yesterda, during the party's extraordinary general assembly, not to emulate Umno.

Zahid reminded Mahathir that he was speaking at a Bersatu event and not an Umno event.

"I would like to stress that Umno branch leaders are not dumb. They are wise in evaluating, patient and loyal in our struggle.

"I think it is better that he reflects on himself and stop being fooled by the DAP," Zahid said in a Facebook post.

Yesterday, Mahathir, who is also the prime minister, implored his party members to avoid being caught in a cycle of becoming self-serving leaders like Umno.

"In order to preserve his position, an Umno branch chief is not keen to allow others who are more capable to be members. The only ones who can join are those dumber than him.

"But one cannot live forever, so when this branch leader passes away, his successor will be even more stupid, until eventually, the branch becomes a dumb branch," said Mahathir.