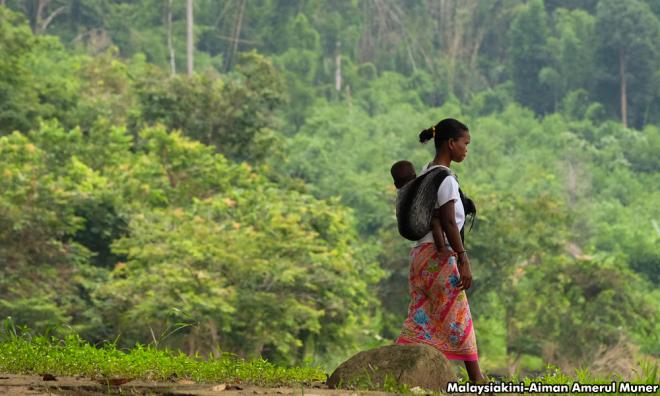 The Orang Asli Development Department (Jakoa) says it is taking a serious view of reports that Orang Asli in Kg Sg Papan, Gerik had their MyKad modified to show that they are Muslim despite not professing the faith.

"This should not be the case, because as Malaysians, they have the right and the freedom to profess any religion as enshrined in the Federal Constitution," Jakoa director-general Juli Edo said in a statement today.

Juli was reacting to The Malaysian Insight report that quoted Kg Sg Papan resident Anjang Aluej as saying that his fellow villagers were issued MyKad stating that they were Muslims by the National Registration Department, despite not having converted nor reciting the shahada (Muslim creed).

Another Temiar tribesman, Jamal Endi from Kg Ong Gelmol, said his identity card had 'bin' inserted into his name, even though he is not a Muslim.

"We need to preserve the rights of individuals primarily in relation to the Orang Asli community, as they are minorities in Malaysia, and their rights and freedoms need to be respected," Juli said.

The Jakoa director called on concerned parties to be more aware of this issue when registering and issuing MyKad for the Orang Asli.

"The authorities should take the initiative to resolve the issue immediately and ensure that such incidents are not repeated," he stressed.

"It is not right to take advantage of Orang Asli communities and trick them into religious conversions," he told a press conference at the Jakoa annual general meeting on June 22.