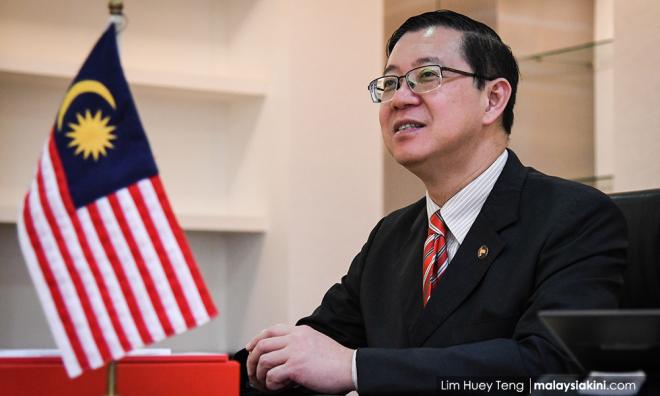 Malaysia will find it challenging to meet its three percent fiscal deficit target for next year due to uncertainties around the US-China trade war, the finance minister told Reuters in an interview on Monday.

Southeast Asia’s third-largest economy is dealing with a debt pile of over RM1 trillion (US$243.19 billion), which the administration of Prime Minister Dr Mahathir Mohamad has blamed on mismanagement by the previous government.

Malaysia is also struggling with slowing economic growth, hurt largely by a global slowdown and the trade war between the US and China.

Finance Minister Lim Guan Eng said while the country can meet this year’s fiscal deficit target of 3.4 percent, next year’s target of 3 percent would be harder to meet.

“That will be challenging. Because (of) the uncertainties brought about by the trade war,” Lim said.

“There’s a time lag effect. The full brunt of it, everyone expects it to hit next year.”

Lim said he was “cautiously confident” about meeting the government’s full year growth forecast of 4.3 percent to 4.8 percent.

The central bank in May warned that weakening global demand and the US-China trade war are raising risks for Malaysia. It cut interest rates by 25 basis points, Malaysia’s first since July 2016, amid the growth concerns.

Despite the impact on the economy, Lim said Malaysia could benefit from trade diversion from the trade war.

“In the short term, we expect to gain some benefits in the form of business relocation, trade and investment diversion. We are seeing numbers pointing to that,” Lim said.

“But in the long term, everyone is a loser. There are no winners.”

The finance minister, who met with Chinese officials on his visit to Beijing earlier this month, said China offered more infrastructure investments under the Belt and Road initiative.

“If the pricing is right, we will consider it,” he said.

Mahathir, who came to power after a stunning election victory last May, had vowed to renegotiate or cancel what he calls unfair Chinese projects authorised by his predecessor.

In April, Malaysia and China agreed to resume construction of a multi-billion dollar rail project after negotiating the cost down by nearly a third.

Lim also said Malaysia and China were in discussions to establish a link between the Shenzhen and Kuala Lumpur stock exchanges, he said.

“This is linking... both in terms of products and infrastructure,” he said, adding that it could be finalised in the next six months.