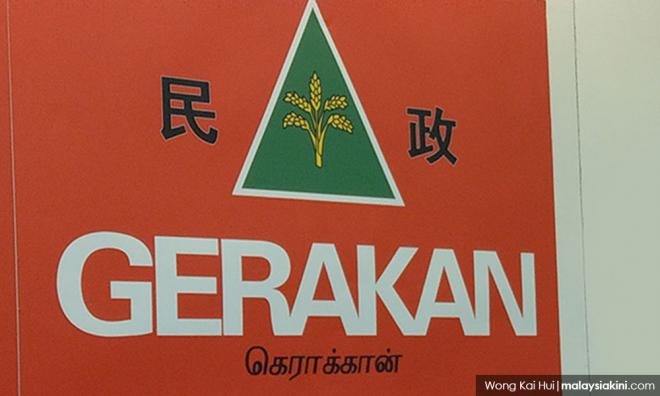 Mohamed Azmin Ali's aides may have dismissed the possibility of their boss leaving PKR but this has not stopped Gerakan leaders from capitalising on rumours that the PKR deputy president may be moving to the former BN component party.

Gerakan secretary-general Mak Kah Keong (photo), who did not appear to know whether there were any such discussions, bade Azmin "welcome" anyway.

"I can't comment more. Perhaps there is a discussion between the Gerakan president and Azmin. You'll need to ask my president," he was quoted as saying by Harian Metro.

"You can imagine Gerakan rising again with Azmin's entry," he was quoted as saying.

Gerakan was trounced in the last general election, failing to win a single seat in the Dewan Rakyat. It subsequently quit BN.

Earlier, rumours were also circulated on social media claiming that Azmin would be joining Bersatu.

Azmin's political secretary Hilman Idham had denied such rumours, claiming that they were being spread by his opponents.

Unfortunately, it (quitting PKR) will not happen. Azmin will remain with PKR.

"Azmin has strong support in the PKR leadership, be it in the central leadership council, PKR Youth and Wanita PKR.

"He has political legitimacy to remain in PKR and the party is his political basis," Hilman had said.

Utusan Malaysia, citing unnamed sources, claimed Azmin was in talks with Gerakan to join the party.

Subsequently, former Santubong PKR Youth chief Haziq Abdullah Abdul Aziz admitted that he is one of two men having sex in the video. He claimed his partner was Azmin.

Police have arrested several individuals, including Haziq and an aide to PKR president Anwar Ibrahim, as part of an investigation over the circulation of obscene content.

The sex video and reactions from competing factions within PKR has widened the rift between Azmin and Anwar.