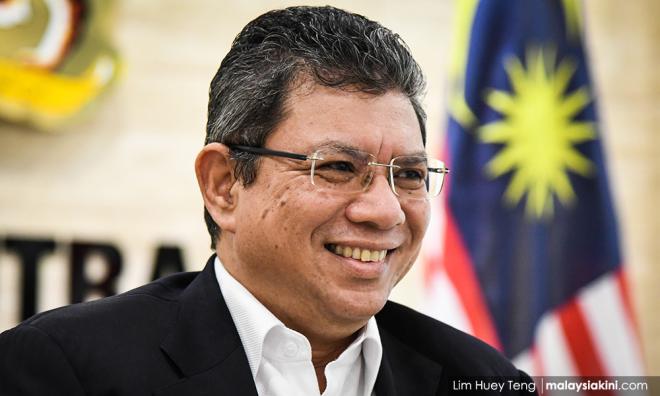 COMMENT | I first discussed youth empowerment in a keynote address presented at an international conference organised by the Commonwealth Youth Programme in 1996.

Youth empowerment means "youths are enabled to independently think and act on issues about their life, their surroundings and their futures".

Since the 1990s, youth empowerment has been at the forefront in almost all youth meetings and conferences, championed by the youth movement and activists across the nation.

In 1997, as the drafter of the National Youth Development Policy (NYDP) aimed at replacing the first National Youth Policy of 1985, I was resolute in ensuring that youth empowerment was incorporated as the NYDP’s central theme.

Although this proposal was rejected at the time, we nonetheless secured a compromise where youth within the bracket of ages 18-25 were made the main focus and priority target group of youth development initiatives nationwide.

The youth empowerment agenda also took centre stage internationally. The World Programme of Action for Youth to the Year 2000 and Beyond adopted by the United Nations in 1995, the resolution of the First World Conference of Ministers Responsible for Youth in Lisbon in 1998, and discussions at the UN Secretary General’s High-Level Panel on Youth Employment in 2000-2002 are just a few examples.

Youth empowerment eventually became the central theme of most, if not all youth development initiatives at home.

Pakatan Harapan's promise in its manifesto to lower the voting age from 21 years to 18 years – Undi 18 – and the move to lower the definition of youth from 15 to 40 to 15 to 30 are both measures in line with the true spirit of youth empowerment.

The unanimous and bipartisan support at the lower and upper houses of Parliament to amend the Federal Constitution is a testament to the hard work put in by Youth and Sports Minister Syed Saddiq Syed Abdul Rahman (photo) and the political leadership of Prime Minister Dr Mahathir Mohamad.

Undi 18 is the result of Harapan's bold political will, which would not have happened under the administration of BN.

And this is just the beginning. Undi 18 is a precursor to further electoral and youth-related law reform – the Universities and Univesity Colleges Act 1971 for example.

Embracing the third phase of democracy

Undi 18 is a milestone in embracing the third phase of democracy.

Phase one was when we first started practising democracy. Phase two was the process of strengthening our democratic institutions. The third phase of democracy is about the widening of people’s participation in decision-making.

Undi 18 is not just about democracy from the perspective of voting and elections. It is more than that. It is a democratic achievement in the true spirit of youth empowerment.

Today, they are leaders to those who are younger to them; leaders of their generation; and – though usually misunderstood – they are also leadership-partners of the older generation.

Thus the youth are not just recipients of the benefits of development but rather contributors to our progress. The old adage that the older generation knows best no longer holds true. In fact, it stifles and limits youth participation and real youth empowerment.

Youth empowerment must be at the centre of the structures and processes for decision making in all areas and all levels. This is where consultation among the three sectors of nation-building – the state, business and civil society – where youth are part of the civil society is relevant.

And where the youth are involved in the decision making structures and processes, two conditions must be fulfilled.

First, the youth representative must be chosen democratically. As an example, participation must be through youth organisations or platforms that are recognised and inclusive.

There are numerous means to this end, as long as participation does not promote certain individuals only, small and exclusive groups or families, or individuals and organisations favoured by the government and non-youth entities.

Youth participation must be genuine

Second, youth participation must be real and genuine.

This means that youth issues must be on the agenda (whether in meetings, conferences, summits, etc.), and where such issues do form part of the agenda, the youth must not only be included in the discourse, but also given fair opportunities to have their voices heard and make decisions or vote where relevant.

Real and genuine youth empowerment will ensure that the youth are always and consistently given due focus, not just seasonally like on Youth Day and other one-off events or during election campaign periods.

Of equal importance is the way we communicate with the youth. Our communications must be youth-oriented. We must speak 'with' the youth, not 'to' the youth.

Real and genuine youth empowerment will never be realised as long as we continue to misunderstand the true meaning of empowerment. Our lack of understanding is unfortunately still prevalent today.

During the Undi 18 debate in Parliament, for example, some lawmakers, though seemingly supportive of the motion, raised ideas, opinions and arguments that are not in tandem with real and genuine youth empowerment.

This can be attributed to certain quarters who do so directly or indirectly, intentionally or unintentionally, openly or covertly.

The following are seven examples of how youth empowerment can and has been misconstrued, manipulated and exploited in the past:

Here's to Undi 18 becoming the catalyst for better understanding and comprehensive implementation of real and genuine youth empowerment.

politics
youth
undi18
voting age
comment
Related Reports
MP: Buck up on social media, youth policies or risk Undi 18 backfiring
a year ago
Dewan Negara passes Youth Bill to lower age cap to 30
a year ago
Undi 18 and Malaysia's legacy of youth politics
a year ago
Spotlight on post-Undi 18 as survey finds younger voters unhappy with Harapan
a year ago