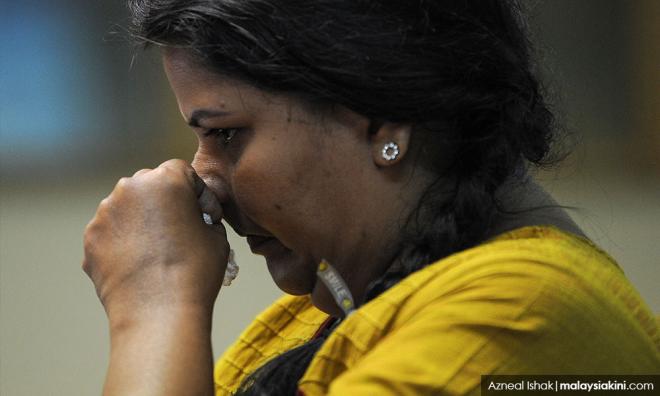 PAS has demanded that M Indira Gandhi (photo, above) retracts her allegation that NGOs friendly with the Islamic party and southern Thailand separatists are helping to shelter her former husband Muhammad Riduan Abdullah.

In a statement this afternoon, PAS deputy president Tuan Ibrahim Tuan Man also wanted her to apologise for the allegation, which he described as serious.

"This is a malicious accusation which attempts to link PAS to extremist activities. PAS denies any involvement in sheltering her ex-husband from the authorities," Tuan Ibrahim said.

"From 2009 until now, we know there were PAS-friendly groups (involved). Before I say this today, I thought about it a few times but I have to say it out loud.

"And now from the new information we received, there are groups of Zakir Naik's followers (involved as well). This too I thought a few times on how to say it," Arun said.

He claimed the help given to Riduan, who is said to be unemployed, included monetary assistance as well as logistics aid.

As for the southern Thailand separatist groups, Arun claimed Ingat was informed they had assisted Riduan to cross the border despite not having a valid passport.

The couple's daughter Prasana Diksa is with her father, who unilaterally converted their three children to Islam in 2009.

This led to a lengthy legal battle between Riduan and Indira, involving both the syariah and civil courts.

Indira’s two eldest children now live with her, but Prasana and her father’s whereabouts remain unknown.

In 2014, the High Court issued an arrest warrant for Riduan but the police have yet to locate him.