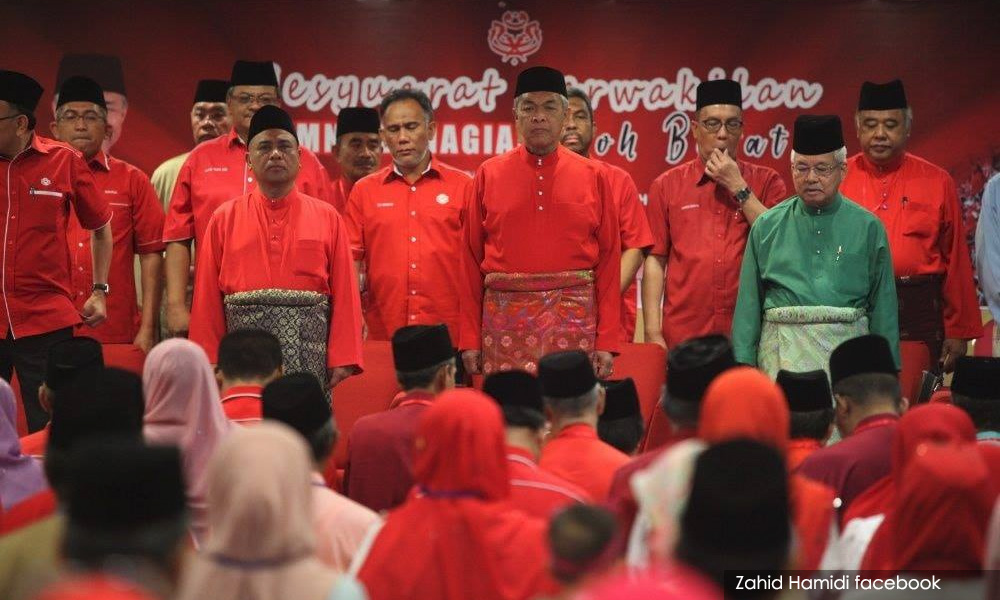 Ahmad Zahid Hamidi sang praises for PAS, saying Umno should learn from the Islamic party which was able to instil obedience and loyalty in its members.

Touching on the amendment of the Federal Constitution to lower the minimum voting age to 18, the Umno president called on his party to follow PAS’ footsteps in focussing on the youth, even those younger than 18, in building membership.

“We should learn from PAS on what they do to approach these kids,” he said in his speech when officiating the Ipoh Barat Umno division meeting in Perak today. The speech was aired live via Facebook.

However, Zahid did not detail the methods utilised by PAS.

The Dewan Negara had passed on Thursday the bill to amend the Federal Constitution to lower the minimum voting age to 18.

Along with this, the bill also accords for automatic voter registration and lowering of the age of candidacy for elected representatives to 18.

This is the first time the constitution has been amended since the Abdullah Ahmad Badawi administration.