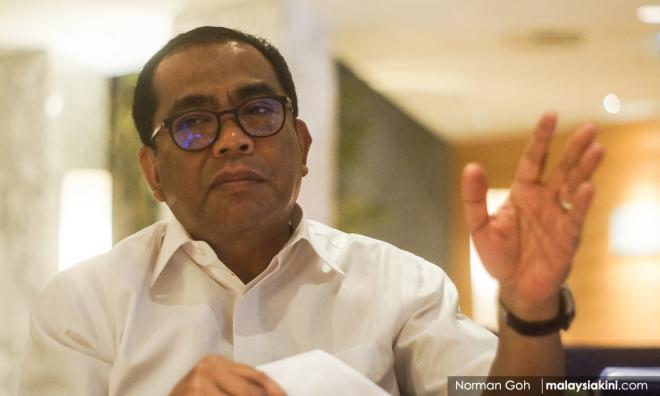 Umno information chief Shamsul Anuar Nasarah flatly denied the story on Umno having a 50-50 seat-sharing deal with PAS, saying it was "completely untrue."

In a statement this morning, he called on Umno leaders and members at all levels "not to be influenced or trapped by certain political parties."

"All of this is an attempt to break the alliance between Umno and PAS, and the Charter that will be signed on September 14, 2019," said Shamsul, who is a three-term MP for Lenggong.

He said that there will be no discussion or appointment of seats in the charter.

"Both parties are of the opinion that it is premature for such matters as the division of seats to be discussed now.

"I want to emphasise that the report was a hoax by Malaysiakini. If it was true, I would urge Malaysiakini to reveal its sources, which I believe does not exist.

"As media practitioners, Malaysiakini should first check and confirm any rumours they have received. Sadly, this is not the first time they have (made a false report) and I'm sure it won't be the last," said Khaled, a former Johor menteri besar.

He went on to accuse Malaysiakini of having a political agenda and trying to "sabotage Umno-PAS cooperation," which he said was only aimed at strengthening Malay-Muslim unity.

According to the sources story, the decision to split the seats was taken to avoid disputes and would be reflected in the charter of cooperation between the two parties.

In the 14th General Elections, the Umno-led Barisan Nasional contested all 222 parliamentary seats and 505 state assembly seats on offer.

"Umno senior leaders said the party's readiness to share the seats was to avoid direct clashes and vote-splitting between the two, as occurred during the 2018 General Election.

"However it does not involve seats in Sabah and Sarawak," said the source.

PAS to be kingmaker amid Harapan infighting - PSM leader
29 Jul 2019
Annuar: Umno-PAS charter to be based on Constitution of Medina
29 Jul 2019
MIC should not normalise PAS' radicalism
28 Jul 2019
Zahid: Umno should learn from PAS members’ loyalty
28 Jul 2019