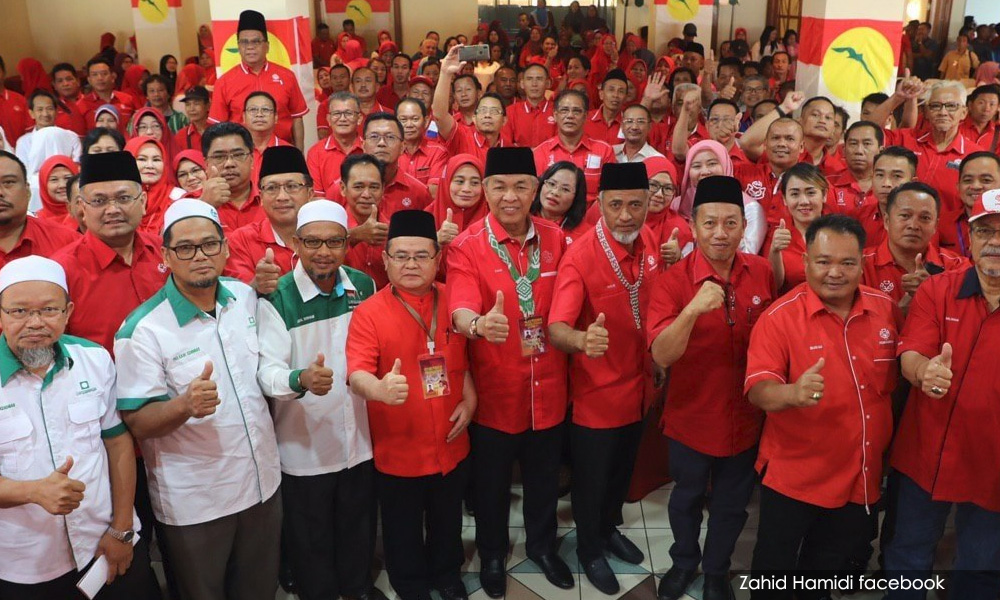 Umno president: Money will come when we're stronger and closer to GE15

Umno president Ahmad Zahid Hamidi today sought to allay concerns over the party's lack of funds, with its bank accounts frozen in relation to the 1MDB scandal.

Zahid assured that money will come closer to the next general election.

"Everything needs money, but money is not everything," he said when officiating the Umno Zone 4 annual general meeting in Keningau today.

"When the election arrives, I am confident that people out there will sympathise with Umno's predicament."

The Umno president had previously announced that the party's activities could be crowdfunded.

At the AGM, he said that people are reluctant to give Umno money at present.

"Now they don't want to help us because they are worried and nervous.

"But God willing, when they see us making a comeback and can wrest Putrajaya and Sabah, they will help us," he added.

Zahid also urged leaders not to sideline their opponents, but to make use of them.

politics
elections
umno
ahmad zahid hamidi
1mdb
Related Reports
Conflicting motions filed on transfer of Zahid's corruption charges
a year ago
Dissolve Umno over our dead bodies - Zahid
a year ago
Zahid: Umno should learn from PAS members’ loyalty
a year ago
Will Zahid work with PAS to keep Dr M for a full term?
a year ago