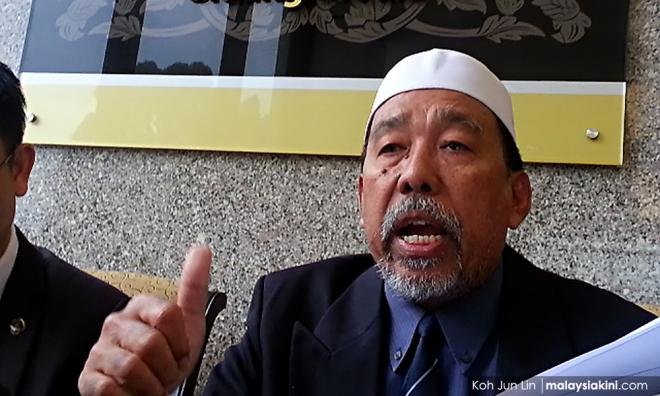 PKR senator Mohd Imran Abd Hamid has proposed the enactment of a sexual harassment law to protect men from being seduced into committing crimes such as rape.

"I propose a Sexual Harassment Act to protect men from the actions, words and clothing of women, which can cause men to be seduced to the point they can commit acts such as incest, rape, molestation, (watching) pornography and likewise.

"This is important, we (men) need to be protected. The actions, clothing of women can seduce us into breaking the law and causing us to be charged (with a crime).

"I ask that the minister consider this so that the men in this country are safe, and the country is peaceful," the retired Navy admiral told the Dewan Negara today.

Mohd Imran addressed his proposal to Minister in the Prime Minister's Department Mujahid Yusof Rawa, who is in charge of Islamic affairs.

The PKR senator was debating the Syarie Legal Profession (Federal Territories) Bill 2019 - which was passed in the Dewan Rakyat on July 15.

This is not Imran's first time making such remarks, In 2015, as then Lumut MP, he had said the "sexy attire" of athletes could lead to illicit sex.

Mujahid did not respond to Imran when wrapping up the debate.

A sexual harassment law has been in the pipeline for years, but this is the first time the issue has been spun in such a way.

Meanwhile, the All Women’s Action Society (Awam) had complained that authorities do not take sexual harassment seriously, even laughing at complainants and thus allegedly enabling perpetrators.