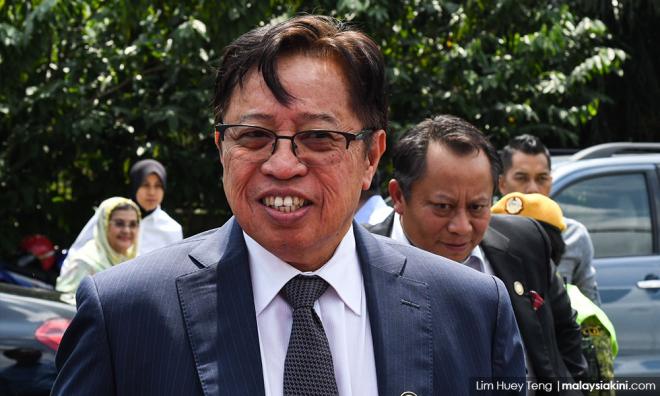 "What happened was that there was an invitation by the prime minister (to GPS) and (to) other parties.

"They just wanted to have a chit-chat, that is all. There was nothing to it," he told Malay Mail.

At a press conference this morning, Mahathir confirmed the meeting with members of the opposition but gave the impression that it was the latter who wanted to meet them.

“They came to see me, so I met them. I heard what they wanted to say. A lot of them expressed support for me. Thank you very much,” he had said.

Meanwhile, Abang Johari said the lawmakers were not officially representing GPS and attended the meeting just to "listen."

He added that the GPS MPs at the meeting might not necessarily support Umno and PAS' position that Mahathir (below) should serve an entire term.

Abang Johari said he was unaware of what transpired during the meeting.

The Star had reported that opposition leaders had pledged their support for Mahathir to serve as prime minister until the end of his term during the meeting.

It was also reported that a high-ranking Pakatan Harapan minister had also attended.

When quizzed if Economic Affairs Minister Azmin Ali was present, Mahathir said: “This is a secret meeting, I cannot tell you.”

The premier told the same press conference that he is committed to stepping down before his full term expires “unless they push me to the corner and put a gun on my head to continue.”

Speculation has been rife that Mahathir prefers Azmin to succeed him despite an earlier agreement to hand over the leadership reins to PKR president Anwar Ibrahim.