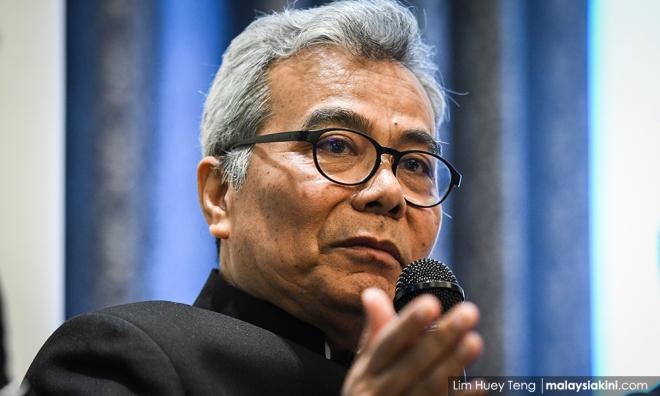 Putrajaya's decision to allow Lynas Corp to propose the construction of a permanent disposal facility (PDF) is the right move in resolving the issue of its low-level radioactive waste, says Mohd Redzuan Md Yusof.

The entrepreneur development minister said this would provide clarity on the renewal status of Lynas' operating licence, which investors are keeping an eye on.

"I’ve met investors from high-value industries who want to come in and set up shop here because they want to be close to Lynas, as rare earths are key to their industries," he was quoted as saying by Free Malaysia Today.

"The problem is that they are not sure if Lynas will still be around, and this is bad for investment."

According to Redzuan, a US-based manufacturer of energy-efficient vehicle batteries is among the companies that have expressed interest in establishing a plant in the country.

He added that its proposed US$2 billion (RM8.34 billion) plant would create thousands of high-value jobs.

Redzuan conceded that it is an uphill task to disprove the allegations against Lynas by its critics, but stressed that the government would not compromise on the wellbeing of the people.

"Even the United Nations’ International Atomic Energy Agency has said so.

"I think it is important for all parties not to be emotional and to look at the scientific facts," he said, adding that foreign firms may be reluctant to invest in Malaysia if scientific facts were ignored.

“If Lynas has been following the rules, then how can we treat them differently? If we do that, then other big companies will wonder if they are next."

Energy, Science, Technology, Environment and Climate Change Minister Yeo Bee Yin previously said that even though the decision to hear Lynas' proposal is not ideal, it is better than maintaining the status quo.

She also said Prime Minister Dr Mahathir Mohamad’s announcement on the matter was "only partial," and that the cabinet would make its final decision by Aug 15.

Although her ministry's executive review committee had recommended a PDF within Malaysian borders, Yeo was adamant that Lynas' waste should be shipped abroad.

The company said on Friday that it is still in the process of hunting for a waste disposal site within Pahang, where its plant is based.

Yesterday, Deputy Minister in the Prime Minister's Department Fuziah Salleh took aim at her cabinet colleagues, who were formerly from BN, over their apparent defence of the Gebeng plant.