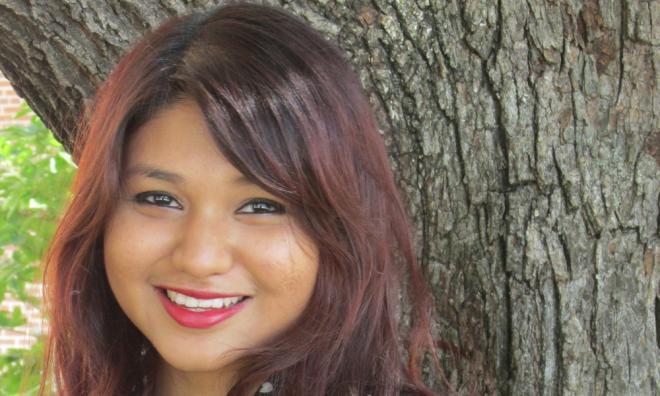 The family of late Jerusha Sanjeevi (photo) is suing American Utah State University (USU) for damages, alleging the university’s psychology department did not adequately address her complaints of bullying prior to her death on April 2017.

According to Utah-based publication The Herald Journal, the then 24-year-old doctoral student - herself reportedly a rape survivor - had repeatedly complained to numerous authorities at her faculty over sustained bullying by two fellow USU psychology PhD students.

However, it was alleged that the complaints were not taken seriously, in part due to purported favouritism due to the alleged bullies’ connections to the school’s Native American outreach programme.

Her family was reported to have filed the lawsuit on Aug 1 at the US District Court in Salt Lake City.

In it, they alleged a pattern of bullying, “the PhD programme’s failure to address the bullying and a failure to mediate intercultural conflict between Sanjeevi and her alleged bully when the programme touted its ability to navigate exactly such conflicts.”

According to the news report, besides USU, the lawsuit named three psychology faculty members -- the then psychology department head; the professor who was advising both Sanjeevi and an alleged bully; and a psychology emeritus professor -- as well as the two USU student “bullies” as defendants.

Citing the lawsuit, the report claimed the alleged bullies had a close relationship with two of the professors listed as defendants, due to the shared Native American heritage and that one of the latter was the director of the American Indian Support Project for the psychology department at the time.

Sanjeevi purportedly said although the main student bully was Native American, the latter “but presents white”, the lawsuit states.

It was claimed the students created a “minority hierarchy” and would infer that Sanjeevi was “second best” and “inferior” to them due to her darker complexion.

“(The) racial hierarchy permeated the programme and tormented Jerusha until her death,” the lawsuit reportedly stated.

Among other examples of the harassment, the students also allegedly constantly made fun of Asians as well as her mixed Chinese-Indian Malaysian heritage, “which she found hurtful”, including that “Asians only want to please their parents” and that “Asian names are weird.”

She was also allegedly called “slut” and “whore” by one of the bullies.

Bullying also escalated to alleged rumours on her academic and psychological character, even claiming Sanjeevi was bipolar.

This followed Donald Trump’s victory at the US presidential election in 2016. Concerned over the president’s anti-migrant stance and possible deportation, Sanjeevi, believed to be from Banting in Selangor, emailed a psychology professor asking how she could help other students upset by Trump’s election.

She had emailed: “As a Malaysian, I believe in food therapy, so I am going to be dropping off food this week for anyone who needs a pick-me-up, so let me know if I can help anyone in particular.”

However, the bullies instead, used this to claim she was bipolar and “so upset after the election but then made everyone food and was so happy.”

The lawsuit claims the bipolar assertion could potentially damage Sanjeevi’s future as a therapist.

“I’m hoping that USU will take a hard look in the mirror.

“I’m hoping that it will do what’s necessary to make diversity work there...And I’m also hoping to help the family in Malaysia with their circumstances financially,” lawyer Richard Kaplan, who is representing the family, was quoted saying in the new report on Friday.

USU has denied the claims made in the lawsuit.

“Jerusha Sanjeevi’s suicide was a tragic event that had a huge impact on the Psychology department and on our entire university. She was a promising student, and her death tremendously affected her fellow students, as well as staff and faculty in the department,” USU spokesperson Amanda DeRito told The Herald Journal.

“We cannot release private and protected student records or comment on the specifics of this case, but we strongly dispute the facts and allegations in the complaint. We believe Utah State took all appropriate action to address interpersonal issues between students in the department.”

Checks by Malaysiakini on the university’s website found that one Jerusha Sanjeevi is listed as a doctoral student there.

The USU also has a non-discrimination policy in which it states: “Utah State University does not discriminate based on race, colour, religion, sex, national origin, age, genetic information, sexual orientation or gender identity/expression, disability, status as a protected veteran, or any other status protected by University policy or local, state, or federal law.”

The Herald Journal reported that throughout the alleged bullying, Sanjeevi sought help through faculty members and the varsity’s Student Conduct Office.

Several meetings between Sanjeevi and one of the students purportedly took place.

However, the interventions failed to stop the alleged bullying.

Sanjeevi was alleged to have told a fellow student, “The problem is that she (one of the alleged bully) can just continue to deny that she started it.

“That’s why she uses this style of bullying. Because she knows she can get away with it...I don’t know why the department isn’t believing me. I don’t know why they’re letting her continue to bully and bully another student’s sanity away. I just don’t understand why I matter so little to them.”

Sanjeevi also claimed to have lived with depression for more than half her life, the report stated.

An online obituary described Sanjeevi as a “talented chef, a prankster, and a gentle soul with a passion for social justice”.

She was listed to have worked with gifted children as well as underprivileged and at-risk children while in Malaysia, and much later as a mental health worker in the United States.