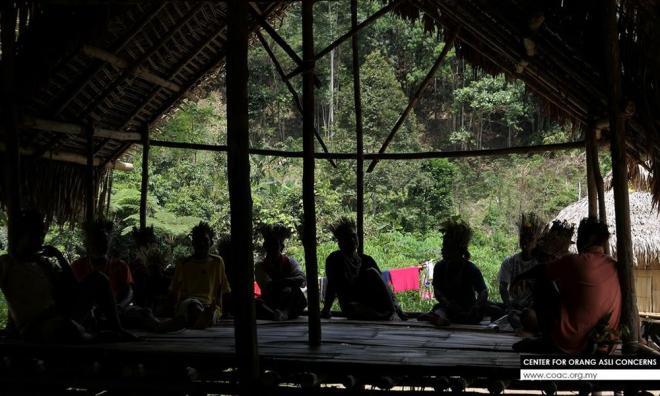 Is Perak denying the land rights of the Orang Asli?

There is no 'ancestral land' in Perak. Is the menteri besar denying the rights of the indigenous people?

This ancestral land or tanah adat issue started when I was asked by a journalist on the blockade erected by Orang Asli group in Hulu Perak.

I was informed that the group demanded that the government recognise their ‘ancestral land’.

Unfortunately, the tone of the reporting inadvertently implied that I did not recognise or understand Orang Asli rights.

I was just merely stating the fact that in Perak, we don’t use the term 'tanah adat' because there is no state enactment in Perak that refers to the phrase 'tanah adat', and neither does the state constitution.

Hence, all the claims and criticisms that I had brushed off the rights of the Orang Asli community are totally out of context.

In fact, the Pakatan Harapan government in Perak is committed to improving the livelihood of the Orang Asli community in the state.

For the record, Perak has gazetted almost 14,000ha of land for 70 Orang Asli settlements in the state under the Aboriginal People’s Act 1954.

Since I took office, the state government has initiated the process of gazetting an additional 5,176ha of land for another 27 Orang Asli settlements in Perak.

This is the biggest area gazetted by any state in Peninsular Malaysia. We, however, don’t use the term 'tanah adat'.

For your information, several months after assuming the menteri besar post, I instructed state GLCs to adopt Orang Asli settlements and carry out programmes to improve their children's education, skills training, economic activities and other initiatives to improve their livelihood.

This foster village programme is being carried out all year long, and is not just a typical one-off corporate social responsibility programme.

To date, at least 10 Orang Asli settlements in Perak have been adopted by state GLCs, and the number is growing.

What about claims that logging permits were issued at the expense of 'ancestral lands' in Hulu Perak?

It seems that there is a sheer misunderstanding on this matter after certain NGOs outside Perak claimed that the logging sites are located on the Orang Asli ‘ancestral land’.

I wish to make it clear that all logging permits issued are within the forest reserves in Perak, which do not involve any existing Orang Asli settlements.

None of the land or areas which are currently occupied by Orang Asli settlements have been encroached to make way for logging activity.

In short, there is no incident of Orang Asli community being chased or displaced to make way for logging.

The issue of ‘tanah adat’ only surfaced early this year when a group of Orang Asli from Kampung Cunex claimed that the logging sites in Hulu Perak belonged to their ancestors.

For the record, the Kampung Cunex families are a splinter group of Kampung Orang Asli Sungai Sarok who live in the Dala Relocation Scheme (RPS Dala).

The 26 families had left the settlement in 2017 following a fallout with the village’s head and opened a new settlement in the Air Cepam Forest Reserve area, about 5km away from RPS Dala.

The group subsequently erected a blockade to prevent logging activity in Air Cepam Forest Reserve, which is not within their settlement area.

They are demanding that the government recognise 12,465ha of land covering the districts of Hulu Perak, Kuala Kangsar and Sungai Siput as their ‘ancestral land’.

For the record, in April this year, a team from the Attorney General’s Chambers and the state Orang Asli Development Department (Jakoa) had visited Kampung Cunex to investigate the ‘ancestral land’ application. It is still being evaluated.

The blockade near Kampung Cunex triggered another blockade against logging activity by Orang Asli community from Sungai Papan.

They are claiming that a logging site, located some 25km away from their current settlement, as their ‘ancestral land’.

It is important to mention that all the logging permits issued in Perak complied to the annual logging ratio (catuan tebangan tahunan) set by the National Land Council, which was set to ensure an ample supply of wood for the timber industry in the state.

Allegations that I am siding with the logging companies at the expense of Orang Asli community are totally unfounded.

In fact, I have frozen logging in many areas. However, we are also bound by previous awards of logging concessions and freezing every logging area will be catastrophically damaging to the state, in terms of potential legal repercussions.

Furthermore, there are many people and industries that are depending on logging. Nevertheless, I always insist that the logging industry must be done in a responsible and sustainable manner.

For the record, the Perak Forestry Department has successfully retained the Forestry Management Accreditation since 2001 until today.

To obtain this accreditation, the department must meet all nine criteria which are evaluated by independent auditing assessors.

All logging activities in Perak must comply with the environmental impact assessment and only selective logging is permitted.

By managing our logging sector according to the regulations, Perak has been able to retain 48 percent of forest coverage in the state.

How is the state government responding to claims on 'ancestral land'?

At this point the state government has frozen all logging activities in the area concerned.

This is to make way for the state government to engage the Orang Asli communities and find acceptable solutions to everyone involved.

I must reiterate here that the Perak government does acknowledge the rights of Orang Asli community.

Both the state and the federal governments are committed to achieving a fair and just solution to protect the interests of the Orang Asli community in that area.

AHMAD FAIZAL AZUMU is the menteri besar of Perak.