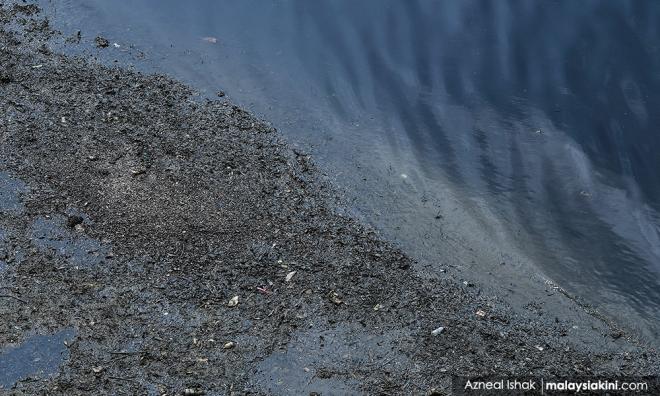 Still reeling from the pollution cases affecting several rivers in the state, now Sungai Temon has become the latest river to be contaminated with rubbish and construction waste, caused by illegal dumping activities by irresponsible parties.

“The state government is concerned that any toxic waste disposal will affect the river but to date, no such waste has been dumped here.

“I understand the 500-metre long river flows out into the Straits of Tebrau. So we are worried it will affect our waters further,” he told reporters after visiting Kampung Sungai Temon, the Seletar Orang Asli settlement in Iskandar Puteri today.

Therefore, with the assistance of various parties, including the Department of Environment (DoE), Department of Irrigation and Drainage (DID) and Johor Bahru City Council, an integrated operation will be undertaken to resolve the river pollution issue, he added.

“I have also suggested to SWCorp to build a barrier wall to prevent lorries or any vehicles from entering the area and DID will clean up the place. At the same time, we will track down the landowner of the illegal dumpsite,” he said.