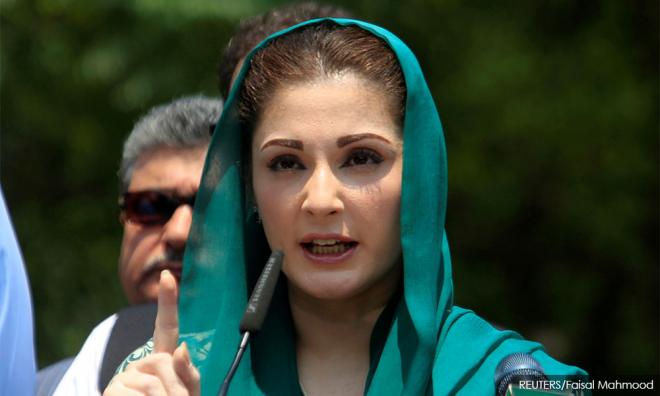 The daughter of former Prime Minister Nawaz Sharif was arrested with her cousin, Yousaf Abbas, while attempting to visit her father at a jail in Lahore, where he is being held after being convicted of graft.

"Maryam and Abbas have been arrested in the Chaudhry Sugar Mills case," Azma Bukhari, a spokeswoman for her Pakistan Muslim League-Nawaz (PML-N) party, told Reuters.

The case relates to a sugar mill owned by the family, which has dominated the country's politics for three decades, and says the cases against it are politically motivated.

Maryam is one of the few opposition figures to openly criticise Prime Minister Imran Khan and Pakistan's powerful military, accusing them in recent weeks of censoring rallies and press conferences held by her party.

Khan and the military deny any blackout of the party or that the cases against the family are politically motivated.

"They have been arrested but where they will be kept will be decided by our headquarters in Islamabad," a spokesman for the NAB in Lahore told Reuters.