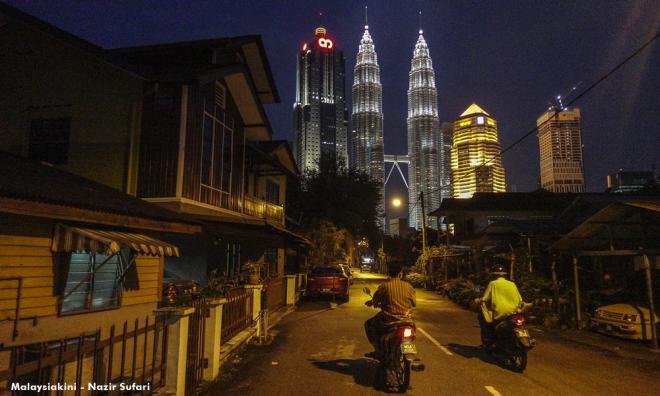 She said it was aimed at seeking a consensus on the plan before they attend a town hall meeting with the Federal Territories Ministry in September, which is also expected to be attended by representatives from the Kuala Lumpur City Hall.

“We want them (residents) to attend the engagement sessions first so that when they attend the town hall meeting, they will come prepared with, and not without, proper information on the plan,” she said after handing over 18 sacrificial cows for Aidiladha to seven residents' associations, six mosques and five surau in her Titiwangsa constituency.

Rina said this in response to questions regarding the Kampung Baru redevelopment plan which is within the golden triangle.

She said the majority of the residents had wanted the proposed redevelopment of the area to maintain its Malay heritage and characteristics, as well as Islamic elements, apart from being a tourist attraction.

“For me, the area should be turned into a smart city and since there is already a plan for it to be redeveloped, it should be iconic,” she added.

governance
rina mohd harun
kampung baru
Related Reports
Khalid: Gov't's duty to look out for everyone, including developers
a year ago
Rina: Need to address foreign influx in Kg Baru immediately
a year ago
50 years on, seeking the path to reconciliation after the May 13 riots
a year ago
Murder and mayhem in Kampung Baru - my May 13 story
a year ago