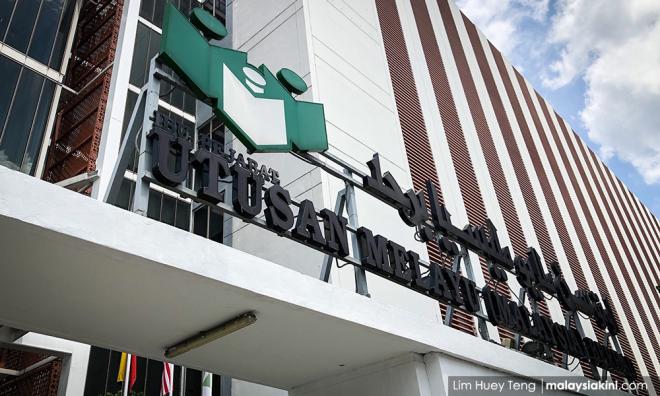 Institute of Journalists Malaysia (IOJM) wants action taken against Utusan Malaysia for repeatedly delaying the salaries of some 800 employees.

In a statement today, IOJM pointed out that this is not the first time Utusan staff have not received their wages on time.

It added that former staff who took up voluntary separation schemes last December have also had their payments delayed.

"This is not the first time the company has delayed salaries, and this recent incident involves wages for the month of July.

"The media reported that the affected staff are those who come under the National Union of Journalists (NUJ). Executive staff salaries were reportedly delayed for two months and only received RM2,000 in June.

"By December last year, a number of employees had accepted the VSS as part of the company’s cost-cutting measures. However, those payments were also delayed," the statement read.

IOJM added that although the media industry is suffering, companies are still contractually bound to pay their staff.

"The IOJM calls on the relevant authorities to take action against Utusan Malaysia, and any other corporations found to be in breach of such contract.

"We strongly state that media organisations must ensure adequate resources to fulfil their financial obligations to their employees."

Last week, it was reported that NUJ urged Utusan Melayu Bhd chairperson Abdul Aziz Sheikh Fadzir to release all of its shares in the company.

NUJ secretary-general Chin Sung Chew said that some of its members from Utusan had to feed their children with syrup as they could not afford to buy milk.