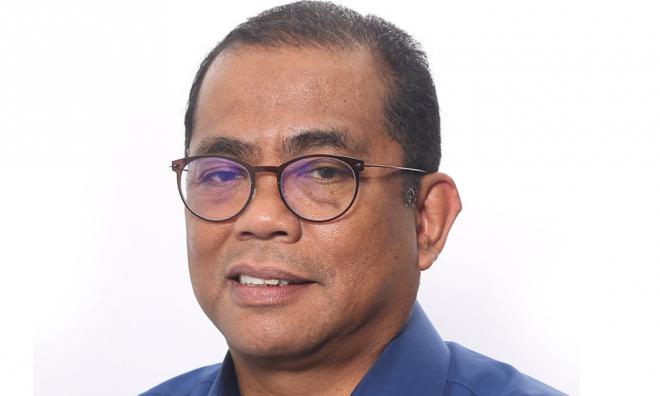 'I rarely agree with Dr M, but this time I do’ - Umno VP on 'racist' Dong Zong

“I am rarely in agreement with Mahathir. However, this time, I agree. His statement that Dong Jiao Zong is a racist organisation, is accurate and founded.

“This is the suppressed view held by many political parties, organisations, influential individuals and most of the Malay community,” he claimed today.

According to his statement, Khaled criticised the group for opposing the initial plan to include six pages on khat art (Jawi calligraphy) in Year 4 Bahasa Malaysia textbook in vernacular schools next year.

He said this was despite the fact the Malaysian government had long allowed for Chinese education in the country, with its own curriculum and teaching methods, despite being purportedly “devoid of national interest” and not in line with Malaysian diversity.

“Unfortunately (on introduction of khat lessons)... they argued, jumped and quickly labelled it as a systematic attempt at Islamisation.

“[...] Is it so disgusting to learn about the culture and traditions of other races, up to six pages in 11 years of schooling? Whereas the main benefit of this exercise, without examination, is that it can sow understanding on Malaysia’s diversity,” his statement read.

“It is clear they do not understand what Islamisation means. They live in their own cocoon... labelling khat as (an attempt at) Islamisation is xenophobic, Islamophobic and ‘Malayphobic’,” he added.

Dong Zong had been among groups which had questioned the Pakatan Harapan government’s motive in proceeding with the introduction of khat in primary vernacular schools without adequate consultation with relevant stakeholders.

This is despite Putrajaya’s insistence the lessons were about appreciation of visual written art and not about learning Jawi, and that students would not be assessed on it.

The Education Ministry later said the lessons were optional and to be reduced to just three pages in the Standard Four textbooks.

Khat is the calligraphic or written art form of Jawi, which was used to write Bahasa Malaysia prior to use of the Roman alphabet.

Dong Zong’s insistence that the move was an Islamisation tactic prompted Mahathir to label it as racist, and to claim it long opposed the government’s efforts to promote unity.

This was denied by Dong Jiao Zong.

He questioned the educationist group’s action in launching a petition opposing khat in schools, despite Mahathir’s decision to maintain it.

Ismail further accused Dong Zong of being among Chinese groups in the country to have questioned the special privileges of the country's Malay-Muslims.

“Anything related to the Malays becomes a problem for Dong Zong...Has Dong Zong forgotten that Malaysia in Malay land (Tanah Melayu) and the majority here are Malay Muslims?

“[...]Do not be surprised if Dong Zong's behaviour invites a racial clash such as that which took place on May 13, 1969. Dong Zong, don’t be the Chinese extremists who finally breaks the Malay-Muslim anger that can invite racial division,” he said.

He added that he “dared” Putrajaya to ban the organisation.

Yesterday, Mahathir said he would leave it to the police to decide if Dong Zong should be banned.