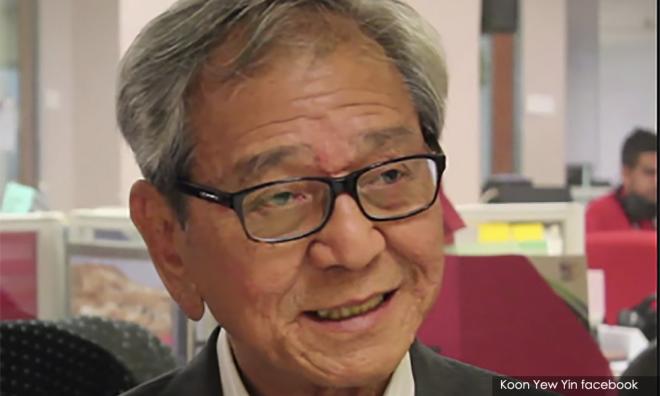 Gamuda Bhd founder Koon Yew Yin (photo, above) has apologised for his remarks in his blog that had been deemed disrespectful towards the Malaysian Armed Forces.

“I apologise if I had upset feelings of the members of security forces,” he was reported to have said in a text message to Utusan Malaysia.

The Malay-language daily reported today that Koon maintained that his six suggestions to reduce the size of the civil service were good, but conceded that he may have worded it improperly.

“Some parties did not like the way I spoke about the military.

“I should have said that the armed forces are needed at times of war to defend the country.

“During peacetime, however, they should do other work to improve our nation’s economy,” he was quoted as saying.

Previously in a blog post dated Aug 12, Koon had said: “As you know, the armed forces personnel are doing nothing except eating and sleeping.

“In fact, almost all of them have never fired a shot except at target practice. Some of them should replace the foreign workers in the Felda plantations.”

His remarks drew widespread condemnation and were seen as disrespectful towards sacrifices made by armed forces personnel in preserving peace.

Deputy Defence Minister Liew Chin Tong, who is also critical of Koon, said such remarks stem from the public’s lack of understanding in the role played by the armed forces, even amongst politicians.

The deputy minister pointed to his writings published in July, in which he said armed forces personnel are highly skilled and costly to train, and should not be treated as “an advanced version of cheap labour” as they need to be constantly prepared for war.