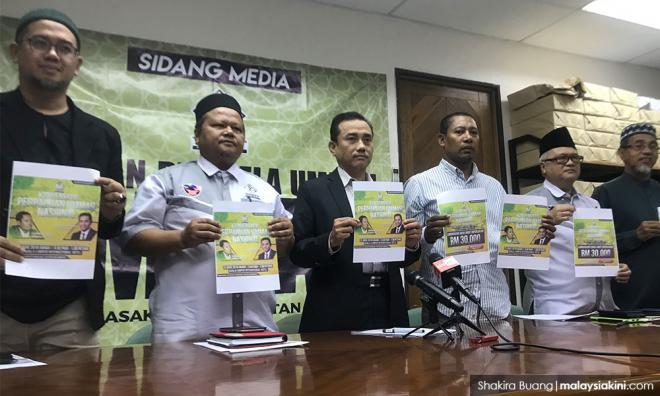 Ummah chairperson Aminuddin Yahaya was quoted as saying that the topics of liberalism, Christianity and apparent efforts to destroy race relations will be discussed at the convention, which is slated to take place on Aug 25.

Aminuddin added that the meet is also aimed at uniting Muslims in the country.

"The theme is unity, as we feel there are threats against the Malay race and religion, and we are divided," he said.

According to Aminuddin, the divisions between Muslims have left them powerless to defend their race and religion, which has led to other groups taking advantage and fighting for their own issues.

"The issues raised by groups like Dong Zong on the teaching of khat lessons are small compared to the other fundamental issues.

"We need to address issues of liberalism, Christianity, as well as attempts to amend laws. These are the threats now," he said.

The Ummah convention, which will be held at a hotel in Kuala Lumpur, will also involve leaders of political parties.

race & religion
ummah
convention
aminuddin yahaya
Related Reports
Moderation needed amid inflammatory issues
a year ago
If khat lessons just tracing and copying, might as well not teach
a year ago
Mahathir calls for revival of great Islamic civilisation
a year ago
Khat lessons subject to PTA approval, to be referred as 'Jawi lessons'
a year ago