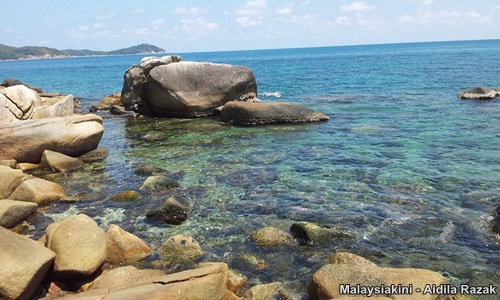 Some 15 family members of a Singapore woman who went missing while kayaking in Endau waters on Aug 8 arrived at the Kemaman Hospital Forensic Unit last night.

The family members of Puah Geok Tin, 57, came in four Singapore-registered cars at 11.45pm, escorted by a police car and a Singapore High Commission vehicle.

They were in a sombre mood and seen hugging each other.

Journalists were not allowed to interview them and were also barred from taking photographs or video.

"The body arrived at the Kemaman Zone MMEA at 4.30pm and was sent to Kemaman Hospital for postmortem and identification by the family,” he told reporters at the forward base set up at the Penyabong jetty in Endau.

It is learnt that the postmortem will be conducted today.

Last Thursday, Singaporeans Tan Eng Soon, 62, and Puah went missing at about 5.40pm after they got separated from a group of 13 friends while kayaking between Pulau Sri Buat and Pulau Mertang.