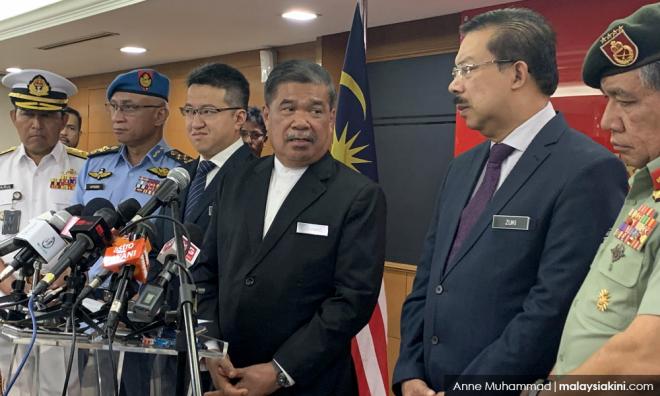 "Lately we see because the country is at peace, some have forgotten the role of the Defence Ministry and the units under it.

“For us, anyone who insults the armed forces, they are the nation's enemies, no matter what race or quarter.

"In fact, anyone insulting the armed forces is disgusting and unacceptable,” he said in a speech while launching a national flag campaign at the Defence Ministry today...