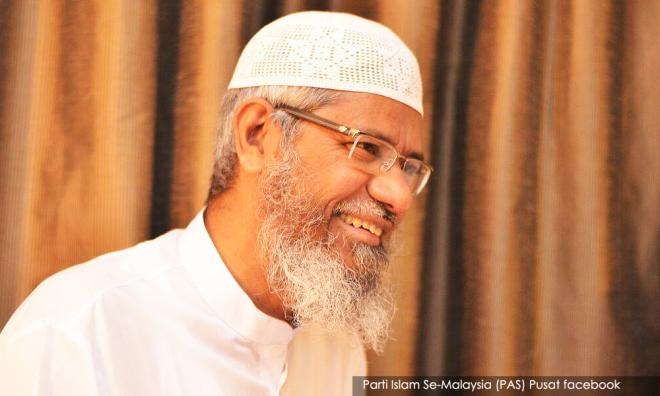 Zakir strikes back with defamation suits, and 8 news from yesterday

1. Controversial preacher Dr Zakir Naik served defamation letter of demands against three Malaysian politicians and a retired diplomat over their commentaries calling for his deportation.

2. Former IGP Abdul Rahim Noor joined the chorus for Zakir to be deported as several states banned the preacher from speaking in their territories.

3. Former prime minister Najib Abdul Razak's 1MDB trial was pushed to next week to allow the defence team to study documents served on them and because of a separate graft trial involving SRC International.

4. Utusan Malaysia is expected to cease printing operations on Wednesday, with its staff picketing against the company for outstanding salaries of up to three months.

5. DAP secretary-general Lim Guan Eng said the failure to shut down the Lynas Malaysia Sdn Bhd plant in Gebeng proved claims that his party was controlling the government untrue.

7. Handing over the management of Pulau Sipadan to Sabah was among several decisions made by the special cabinet committee to review the implementation of the Malaysia Agreement 1963.