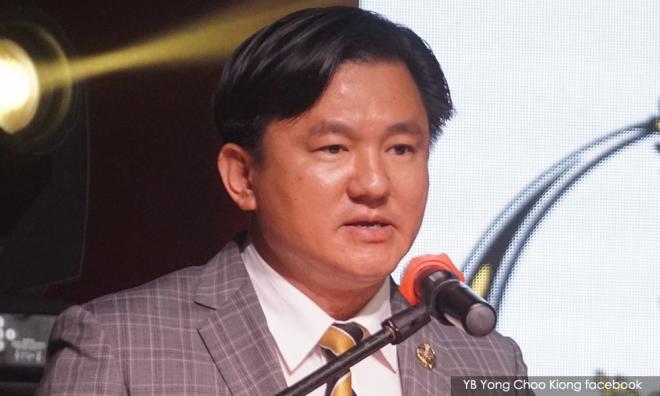 The Perak government has asked exco Paul Yong to take a leave of absence, after being informed that he is to be prosecuted under Section 376 of the Penal Code for rape.

"The state government respects this process as the rule of law is a fundamental principle of society.

"At the same time, we also respect the principle that a person is innocent until proven otherwise," Menteri Besar Ahmad Faizal Azumu said in a statement today.

"I find Yong's performance as Tronoh assemblyperson and exco to be satisfactory and he has given great cooperation to all parties in discharging his responsibilities.

"However, in respect of the legal process, I advise Yong to take a break from his official duties, including not participating in any meetings involving decision-making, until the trial is complete," he added.

Yong is to be charged tomorrow over the alleged rape of his former Indonesian domestic worker, who lodged a report over the matter on July 8.

He has denied the allegation, and is currently out on police bail.

Yong has continued to clock in as the exco for housing, local government, public transport, non-Muslims affairs and new villages.

In his statement, Faizal (photo) expressed his hope that Yong's family, especially his wife and children, will remain patient during this time.

"I hope justice will be served to all involved in this case," he said, urging Yong's supporters to respect the legal process and not complicate the situation.

Faizal also called to an end to speculation on social media, saying "as responsible citizens, we should have the utmost confidence in the judiciary of the country to uphold justice and truth."

He added that there has been no disruption to the running of the state administration and there was no need for any reshuffling of portfolios.