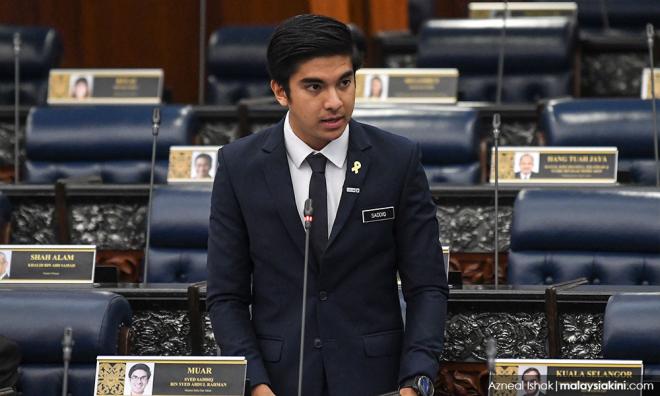 The results for this bill were unexpected and impressive for a multitude of reasons; one was the fact that the votes were unanimous for both the Dewan Rakyat and Dewan Negara.

Never has this happened before in the history of Malaysia, especially when the government of the day does not have a two-thirds majority in Parliament.

The entire process was nerve-wracking, especially coming after the failed bill to amend the constitution to reflect the Malaysia Agreement 1963. There was definitely a lot of pressure, especially as the new government, to deliver what was promised in the Pakatan Harapan manifesto.

Many have asked “Why now?”. Besides fulfilling part of the manifesto, Malaysia was lagging behind in comparison to over 90 percent of democracies in the world which have lowered the voting age to below 21.

If we recognise 18-year-olds as adults who can undertake huge responsibilities like getting married, obtaining a loan, and even joining the military, why not the ability to vote?

The country has to be consistent in its laws and principles. It was also crucial for the bill to be presented as soon as possible to allow for the necessary adjustments to be made.

In our discussions with Youth and Sports Minister Syed Saddiq Syed Abdul Rahman, a question that kept ringing in his mind throughout this time was, “If not now, then when?”. Politicians should not be complacent when wanting to implement change, we should continuously strive to provide for the rakyat.

If we look back at history, the call to lower the voting age can be traced back to 1971, when DAP veteran Lim Kit Siang first raised the issue in Parliament after the May 13 riots. He argued that if the country “is to utilise to the full the youth energies and contributions, it must also heed their aspirations”.

I echo his sentiments completely. The government must walk the talk, and provide a platform for the youth so their voices are heard.

The call to lower the voting age was then continued by the Bersih movement and, more recently, an NGO called Undi18, which has done excellent work in advocating voter education in schools and universities.

The process of campaigning for lowering the voting age surprised both citizens and politicians alike, including myself.

I would never have predicted that the oldest world leader, at 94 years old, would have trusted a 26-year-old first-time minister with three years of political work under his belt.

For the bill to be successful, a lot of groundwork had to be done. I witnessed first-hand Syed Saddiq putting ego aside and approaching all the necessary stakeholders.

He engaged with members of the opposition, religious leaders and state officials. The process drew brickbats as well as praise, which came from the most unlikely people.

MCA president Wee Ka Siong, Sabah Umno chief Bung Moktar Radin and Gabungan Parti Sarawak chief whip Fadillah Yusof were some of the biggest supporters of the bill from the opposition coalition, for which we are very grateful.

Many were critical of his approach and called it immature. Some went to the extent of describing his habit of writing down notes as ‘naïve’ when in reality this has been a behavioural trait of his since his school days.

One commenter even went as far to suggest that he should just quit politics and learn a ‘useful trade’. Surely lobbying for a constitutional amendment would be a useful trade for any politician, but that’s just me thinking out loud.

Many doubted the minister’s game plan, arguing that these would be the same politicians who will curry favour from him in return.

However, his game plan could not be clearer - it was to educate on Undi18 and hear out issues faced by each party.

This led to the inclusion of two new amendments, namely lowering the age of candidacy for MPs and automatic voter registration.

This drew even more flak from both within the government and externally. To include the two new amendments raised by the opposition, the bill had to be withdrawn and re-introduced into the Dewan Rakyat as a different bill.

Many saw this as a weakness, as it could be perceived that the opposition block has a lot of sway.

The young minister’s political courage was truly tested as he negotiated for the bill to be withdrawn during a cabinet meeting prior to voting day. His faith and trust in the campaign was unwavering, especially having engaged with the Election Commission and Attorney-General’s Chambers and been guided by their advice.

To ensure accountability, he went as far as putting his position as minister on the line in the event this vote does not come through. You could not imagine his elation when he found out that he could still keep his job (and I could keep mine) after the votes were counted.

As happy as I am with the outcome, the passing of the amendment is only the beginning. The country has to adapt in order to create an ecosystem that encourages mature political discourse.

Political literacy, media literacy, voter education, and critical thinking all work hand-in-hand in producing an average reasonable voter. The Education Ministry has agreed to revise the syllabus to reflect this.

Political parties now have to work harder in understanding what their younger constituents need. An example of this is championing paid internships, which the government has recently agreed upon for all government bodies and agencies.

The appetite for the youth to be more politically and socially engaged is growing. As the government, it is our duty to facilitate and amplify this drive in order to increase youth participation in nation-building.

Evidently, the minister is a firm believer in the power of the youth and he has successfully manifested this belief. I have never been more excited for the future and what it has in store for us.

ARINAH NAJWA is a special functions officer to the Youth and Sports Minister.