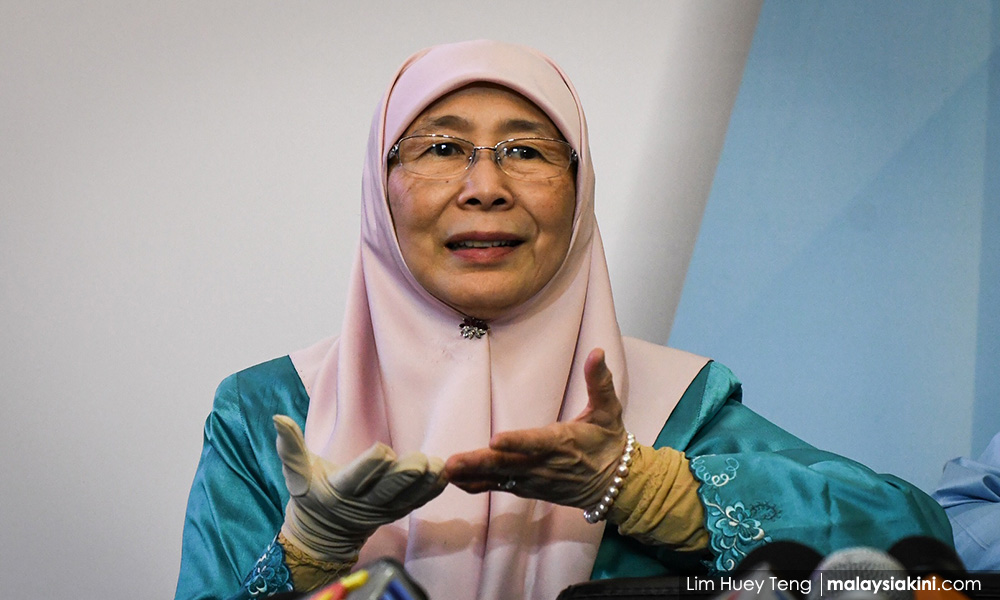 Deputy Prime Minister Dr Wan Azizah Wan Ismail has advised the people to be more responsible in using social media to ensure that racial harmony in the country is not undermined.

She pointed out that the influence of social media in the community could not be denied.

"We can see now that the handphone seldom leaves our hand; that is also a medium which can spark all sorts of danger among races if it is abused,” she said.

"We want our unity to be enhanced because it is our strength. Do not simply share everything you get (on social media); check first whether it is true or not,” she said when launching the Festival Merdeka #Perpaduandihati in Kuala Lumpur today.

Wan Azizah also urged the people to be more mature in assessing situations when faced with threats that can split unity.

She said the people should reject any attempts to use racial issues to undermine public order.

"There are extremists in our midst, but don’t let extremist voices dictate our actions,” said Wan Azizah, who is also the women, family and community development minister.

She also emphasised the need to understand the true context of Rukun Negara and to uphold the Federal Constitution as a way to maintain national unity.

Wan Azizah said noble values like mutual respect and the absence of prejudice should be synonymous with Malaysians.

On the government’s part, the question of unity and social well-being would continue to be its main agenda, she said.

Waythamoorthy, in his speech, said every Malaysian should realise that if racial ties were not preserved it would have adverse effects on the country.

"Harmonious ties among the various races are the yardstick of a country’s stability,” he said.