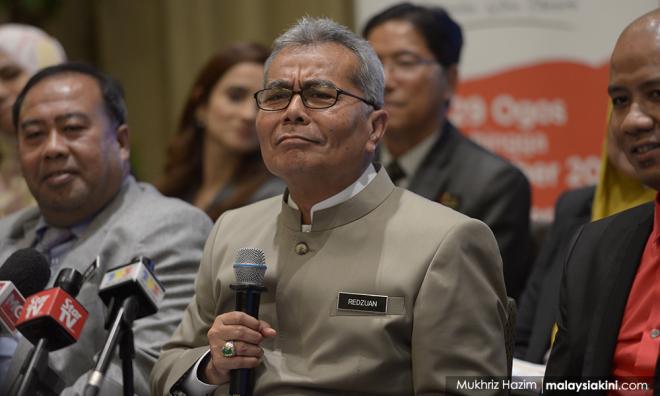 Like all politicians, Entrepreneur Development Minister Mohd Redzuan Yusof appears to have honed his skills in the art of dodging certain questions as well.

However, in the case of the Bersatu leader, the matter appeared to take a racial slant as far as his Facebook post later on the same day is concerned.

On Aug 19, a Malaysiakini reporter had asked Redzuan to elaborate on his previous claim that the Malays have compromised too much with racists.

"Malays in Malaysia are very accommodative. All ethnic groups have to know the constitution. What is our constitution?" he replied, before abruptly turning his focus on the reporter.

"I would like to ask you, [gestures to reporter] what is our constitution? What is our Rukun Negara? Do you know?" he asked, to which the reporter replied in the affirmative.

However, the reporter answering "tahu" ("I do know") three times appeared lost on the minister as Redzuan turned towards the others and declared, "Ah, (she) doesn't know."

The exchange was captured by news website Malaysia Gazette.

The video clip was then re-uploaded to Redzuan's Facebook page, with the exact same caption, which focused on the reporter's ethnicity as well.

The video clip has garnered 151,000 views at the time of writing.