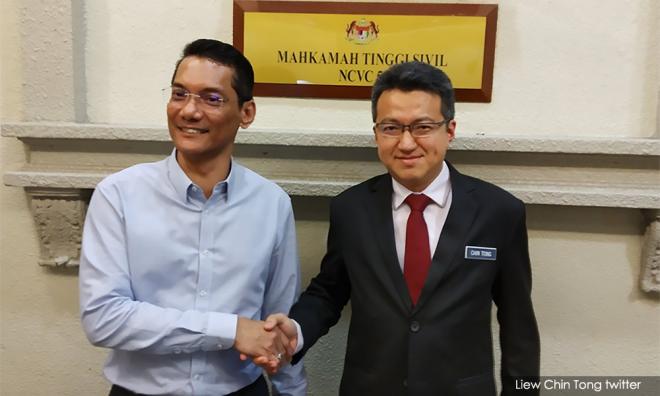 Azwanddin issued an apology to Liew for accusing the senator of wearing a "communist uniform" when the khaki-coloured bush jacket worn by the latter was actually the Defence Ministry's official corporate uniform.

According to the consent judgment, Azwanddin promised not to issue further defamatory statements against Liew and will also pay the deputy minister RM40,000 within 90 days.

Azwanddin will also need to publish an apology within 14 days on various news portals including Malaysiakini, Free Malaysia Today, The Star Online, Utusan Online as well as JMM's and his own Facebook pages.

The deputy minister had filed the suit against the JMM president in December last year after the latter initially refused to apologise over the accusation which he had made in October that year.