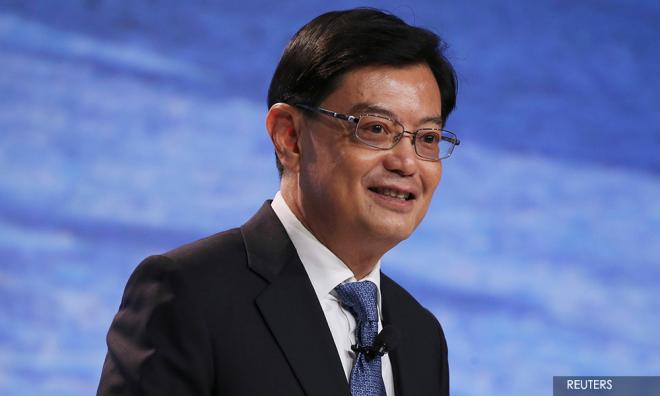 Mild-mannered, studious and seen as “cut from the same cloth” as his predecessors, Singapore Finance Minister Heng Swee Keat (above) will face the daunting task of reshaping a struggling economy if, as expected, he becomes the wealthy city-state’s next leader.

Singapore started its countdown to the next general election on Wednesday, after the government said Prime Minister Lee Hsien Loong had formed a panel to review electoral boundaries, an initial step toward calling a vote.

Lee, 67, is the son of modern Singapore’s founding father Lee Kuan Yew, and is widely expected to step down after the next election, which must take place by early 2021.

Analysts expect a vote within the next six months, possibly after Heng announces a generous budget in February.

Heng, a 57-year-old former central bank governor and policeman, would be a break from the past, in the sense that he is not a member of the Lee family, one of whom has ruled Singapore in 40 of the 54 years since independence in 1965.

It is unclear whether Lee (above) will withdraw from politics completely or retain influence as a senior statesman.

Commentators say Heng will continue the style of leadership Singaporeans are used to: cautious, publicly impartial on global issues such as the US-China trade war, and with a focus on the economy and investment.

“He is cut from the same cloth and provides change amid continuity,” said Eugene Tan, a law professor at the Singapore Management University.

Heng will probably take over as Singapore faces a series of challenges, such as rising protectionism and a rapidly aging population, and a need to reshape its economy to focus on technology rather than trade.

“A key challenge is to studiously ensure that (leaders) don’t fall into the seductive trap of group-think, and that they are always ready to go beyond tried-and-tested methods,” Tan said.

Heng was promoted in April to deputy prime minister, putting him first in line to take over as leader from Lee, who has been in power since 2004.

Lee’s People’s Action Party (PAP) has dominated politics over the five decades since independence, winning every election with significant majorities.

As head of the central bank from 2005 to 2011, Heng has often been credited with helping guide the small and open economy through the global financial crisis.

Heng suffered a stroke and collapsed during a cabinet meeting in 2016. Political analysts say Heng’s speedy recovery and the PAP’s fastidiousness about the health of its top echelon have dispelled concerns about his fitness to lead.

Heng has a master’s degree in economics from Cambridge University, which was also attended by both Lees. He holds a masters in public administration from Harvard University.

After leaving university, Heng joined the Singapore police force, rising through the ranks to assistant commissioner. He then held various public service positions, such as chief executive officer of Singapore’s Trade Development Board.

Heng has been finance minister since 2015.

“Heng has sought to promote consultative authoritarianism as an alternative to oppositional politics to resolve conflicts,” said Garry Rodan, a professor at Australia’s Murdoch University, who has written about Singapore politics.

“Clearly the PAP hopes he can calm the waters in challenging times.”