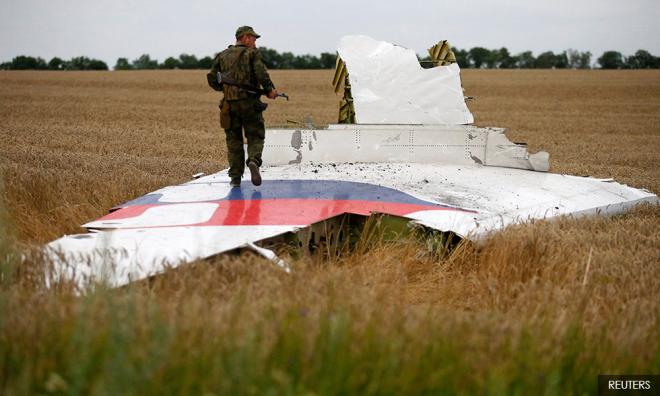 "Yes, that (Russia's guilt)] is our doubt. But I do not have any relatives that were killed there. I do not have any rights to any insurance claims. I am seeing this as an observer from the outside, and some of the findings made [by JIT] did not sound to me and many people in Malaysia as being quite right.

“[...] I am not doubting their (JIT’s) truthfulness. But there are certain things that they claim - it is difficult for us to accept... Identifying the missile - yes. The area where it happened – that can be verified.

"But identifying the actual firing, by whom (it was performed), that would be very difficult in the usual circumstances," Mahathir was quoted saying in the interview.

Flight MH17, which was travelling from Amsterdam to Kuala Lumpur, was struck down by an anti-aircraft missile on July 17, 2014, as it flew over Ukraine, killing all 283 passengers and 15 crew members on board.

Moscow has been accused by other countries of supporting separatist forces in Ukraine and supplying missiles to them.

The JIT claimed the plane was shot down using a BUK missile originating from the Russian military. Russia has denied the allegations.

This is not the first time Mahathir had cast doubt over the findings of the JIT.

In June, he expressed scepticism as to Russia culpability and said the matter had been turned into a political matter on “how to accuse Russia of wrongdoing” from the start.

"I wouldn't think a politician would be stupid to act like that, so I don't think it's true at all,” he had said.

The prime minister denied his defence of Russia was influenced by trade relations between the two countries.

Mahathir is in Russia on a three-day visit and is participating in the Eastern Economic Forum (EEF) in Vladivostok.