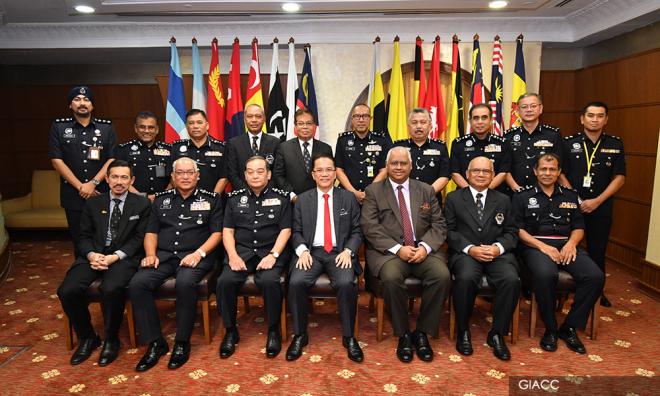 The session was attended by National Integrity and Governance Department director-general Anis Yusal Yusoff and Mohd Azman Ahmad Sapri, who is the head of the Inspector-General of Police (IGP) Secretariat (legislation) as well as other top police officials from around the country.

Among the issues raised are the welfare and well-being of PDRM members and the mechanism of implementation of IPCMC functions and legal issues.


This session is a continuation of the government's initiative to get stakeholders' views on the Bill.

Two sessions on the IPCMC Bill with civil society organisations and members of Parliament were held on Aug 6 and Aug 15.

"I would like to express my sincere appreciation to the officers who attended today’s session," said Liew in a statement today.

He added that the Government welcomes and will review the recommendations made by the PDRM.

"Indeed, the government appreciates the services and sacrifices of the PDRM forces in ensuring the security of the country is maintained and enjoyed by the people.

"As such, the IPCMC Bill will continue to be refined to ensure it is inclusive, holistic, and effective in defending the PDRM image and safeguarding their welfare," he added.

The Pakatan Harapan government had tabled the long-awaited IPCMC Bill 2019 for first reading in the Dewan Rakyat on July 18.

The bill is expected to be tabled for second and third reading in the first week of the next sitting in October.

The tabling of the bill comes 14 years after the 2005 Royal Commission to Enhance the Operation and Management of the Royal Malaysian Police, led by former chief justice Mohamed Dzaiddin Abdullah, recommended the creation of the IPCMC.