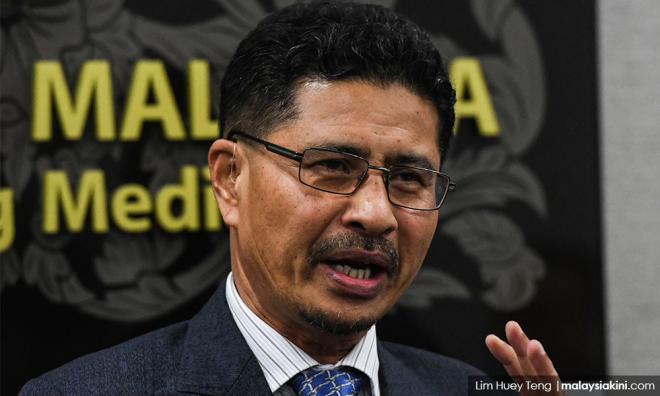 Kapar MP Abdullah Sani Abdul Hamid (photo, above) has called on the Pakatan Harapan government to scrap a plan to replace the pension scheme with a contract scheme, calling it a betrayal of the public service.

"Even though the was first proposed during the previous BN administration, it should not arise now (under the new government) and should be removed from the government agenda," the PKR lawmaker said in a statement today.

Abdullah Sani said while the plan will not deprive existing civil servants of their pension, future civil servants will no longer enjoy permanent tenure as they will be hired based on a contractual basis.

"This is a betrayal of public service employees in our beloved Malaysia.

"Civil servants, as implementer at the administrative level, should be empowered to carry out the government's aspiration.

"A pension is a thank you and appreciation to the contributions of civil servants for their service," he said.

Abdullah Sani said if the proposal is part of an austerity measure, it is a "tyrannical" move.

"I will not keep quiet, and I will ensure the person responsible answer to the employees in the public service," he said.

He added that there should have been a consultation to ensure that the welfare of civil servants safeguarded.

Last Wednesday, Borhan was reported as saying that beginning next year, new appointments in the public service may no longer be made under the permanent and pensionable scheme as it would be replaced with an improved contract scheme.

The Congress of the Union of Employees in the Public and Civil Services (Cuepacs) had expressed shock over the statement.

However, Deputy Prime Minister Dr Wan Azizah Wan Ismail said the proposal is still being studied and has yet to receive cabinet approval.