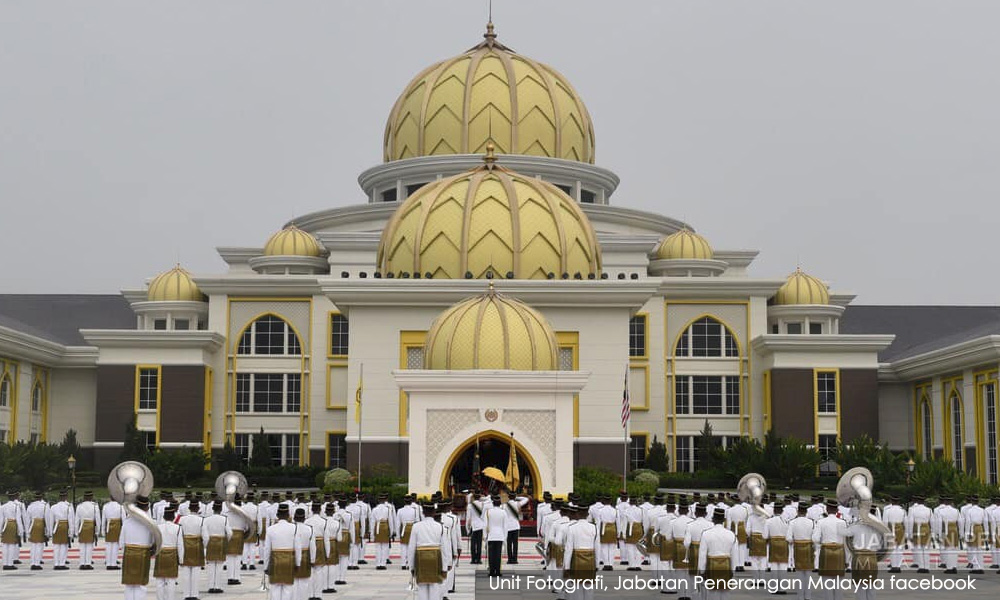 During his speech at the Istana Negara this morning, Mahathir emphasised that Putrajaya will protect the position of Islam, as well as the rights of bumiputera and other races as stipulated in the constitution.

"The government will always respect and continue to defend the sovereignty of the institution of the constitutional monarchy.

"The position of Islam as the religion of the federation, the special rights of the Malays, Sabahans and Sarawakians, as well as the legitimate rights of the other races as stated in the Federal Constitution, will always be defended and taken care of," he said.

"Alhamdulillah, with His permission, this country will continue to be in peace and prosperity.

"Besides that, I hope that the country will also continue to be free from any form of corruption, so that the New Malaysia can be developed in better ways than before."

Mahathir said Putrajaya aims to strengthen the unity among the different ethnic groups in the country, and that the rakyat today are also more mature in facing threats to national harmony.

"Generally, the people of this country believe that unity across the boundaries of ethnicity and religion is important to make a New Malaysia that is harmonious and peaceful.

"The people today are also more mature in facing possible threats to unity.

"Thus, Your Majesty's government will continue to strengthen the unity and carry out its responsibilities to ensure that the multiracial harmony continues to be protected," he said.

The prime minister pointed to the recent 62nd National Day celebrations as an example of how people from different backgrounds can come together for a common cause.

"This is also a manifestation of the unity among Malaysians that will continue to be strengthened and defended.

"All the programmes and development projects can only work out well if the country is peaceful and in order."

race & religion
parliament
royalty
yang di-pertuan agong
dr mahathir mohamad
unity
islam
Related Reports
King urges Malaysians to put aside differences, stay united
a year ago
A youthful alliance of civilisations, not a clash
a year ago
Two paths stand before our politicians
a year ago
Shocking! Leaders being reckless and jeopardising national unity
a year ago