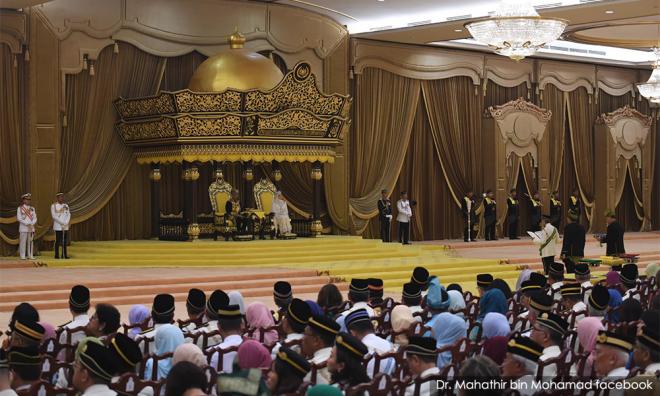 It was announced today that the Yang di-Pertuan Agong Sultan Abdullah Sultan Ahmad Shah conferred a total of 795 individuals with federal awards, honours and medals in conjunction with his official birthday.

The absence of notable politicians from the honours list follows a trend that was seen in February, when 200 awards were given out in conjunction with Federal Territory Day, but with only one notable politician on the list – Hulu Langat MP Hasanuddin Mohd Yunus.

The overall number of awards had also come down from 370 in the corresponding year.

In the case of awards conferred on the Agong's birthday, there is no comparison to last year, as Sultan Muhammad V did not confer any titles.

The previous two years, however, saw a much larger number of awards being conferred.