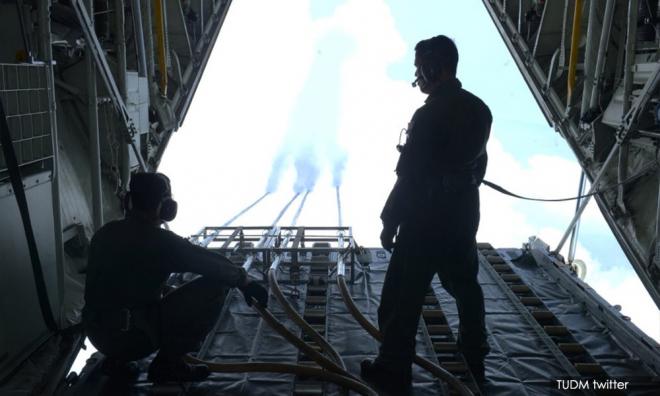 The earliest possible date for cloud seeding to be done in Sarawak is this Thursday, said Deputy Chief Minister Douglas Uggah Embas.

He said the cloud seeding operations aimed at reducing the effects of the haze particularly in Kuching and Sri Aman will, however, depend on the weather.

“Looking at the direction of air and the forecast, that is the earliest time.

"Again, it depends on the clouds, whether they cover the affected areas,” he told reporters at the celebration held in conjunction with the official birthday of the Yang di-Pertuan Agong in Serian today.

Meanwhile, Uggah said, Sarawak has appealed to the federal government to discuss with Indonesia ways to reduce the incidence of hotspots in Kalimantan.

“In Kalimantan alone, more than 600 hotspots have been detected and Kuala Lumpur must consult with Jakarta on how to resolve the issue,” he added.

Jakim calls on all mosques to hold prayers for rain