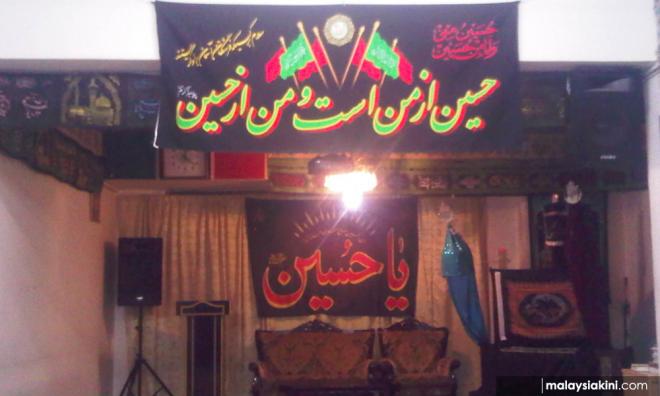 Suhakam concerned by arrest of Syiahs, cites freedom of religion

The Human Rights Commission (Suhakam) has expressed concern over the arrest of Syiah Muslims in the country.

"Suhakam wishes to remind all parties that the right to freely practice any religion is provided by Article 11 of the Federal Constitution," it said in a statement today.

On Sept 6, the Selangor Islamic Religious Council (Jais) raided a Syiah centre in Gombak and arrested 23.

More arrests of Syiah Muslims in Selangor and Johor have since been reported.

Suhakam said that unless the authorities and civil society respect and tolerate everyone's religious practices, Malaysia "cannot truly profess" to be a diverse multicultural country.

"Suhakam hopes that brotherhood and compassion will be the bedrock upon which our society is founded, rather than the reactionary instinct to hate and mistreat others for their differences.

"The right to freely practice any religion should be enjoyed by all people, without fear of reprisal," it said.

The commission said it was always open to hosting conciliatory dialogue to improve intergroup relations and hoped the government would take constructive steps towards ensuring equal rights for all religious groups.

The arrests coincide with the 1st and 10th of Muharam, when Syiahs mark Ashura, the death anniversary of Husin Ali, the grandson of the Prophet Muhammad and a central figure in Syiah Islam.

Syiah Islam is considered to be deviant teaching in Malaysia.

Hadi explains why he backs Iran's stance against US
7 Aug 2019
How much longer can we indulge in hatred and prejudices?
27 Jul 2019
Cancelled Amman Message seminar organisers baffled by threats
11 Jul 2019
Practising Syiah and proselytising it are two different things - Mujahid
20 Nov 2018