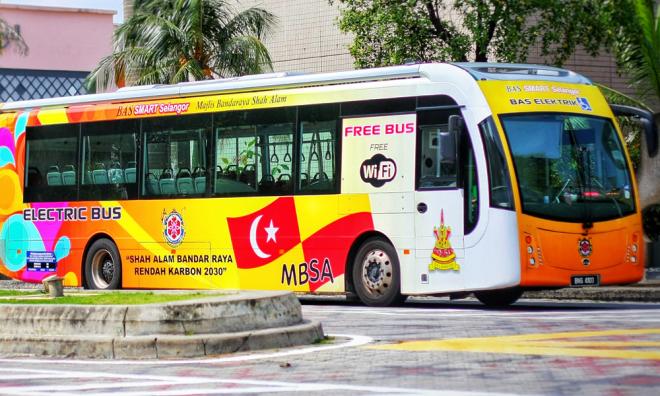 He said RM78.6 million had also been spent by the state government up to July 31 this year since the free service was implemented to cover the operation and maintenance costs of more than 130 buses that were used daily.

Ng said the initiative was introduced and had been continued up till now so as to assist in the people’s daily expenditure, as well as in achieving the state government’s objective of encouraging the use of public transport instead of private vehicles by 2035.

“Of the 41 routes, two are new routes that were added (yesterday) in the Klang Municipal Council (MPK) area, involving the use of six buses.

"This brings the total number of Selangor Smart Buses in the MPK area to 14, and the state government has allocated about RM1.2 million a year or RM800 a day to fund free services at the locations," Ng told reporters after launching the KLG3 and KLG4 bus routes in Klang yesterday.

The new KLG3 route will go through Taman Sri Andalas, Kampung Jawa and Klang town, while the KLG4 bus route will serve users from Klang Sentral, Meru to Kapar town.

Previously, its service in Klang only operated on two routes, namely KLG1 and KLG2, with each route having four buses.

Ng hoped that with the addition of the new route, the people in Klang would be able to make full use of the free bus services, which were also disabled-friendly and equipped with closed-circuit cameras (CCTV) and WiFi services.