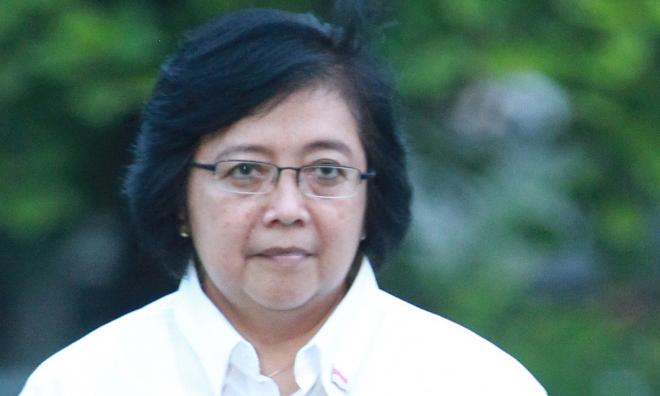 "There is information that they did not disclose. Because in actual fact, the haze that entered Malaysia - to Kuala Lumpur - is from Sarawak, from Peninsular Malaysia and perhaps part of it from West Kalimantan.

"The Malaysian government should explain it objectively," she was quoted as saying by Tempo.co.

The ASMC's tracking, which draws data from the US' National Oceanic and Atmospheric Administration, does not show the haze travelling across the South China Sea between East and West Malaysia.

The tracking, as of yesterday, showed widespread hotspot in Sumatra and Kalimantan with the centre of dense haze concentrated in the two regions.

Siti said she will write to Malaysia to ensure the country has the correct picture.

"I will write to the Malaysian Ambassador in Jakarta, to be forwarded to the relevant minister. I want to make sure the data is correct.

"The Indonesian government has systematically tried to resolve the situation to the best of our ability. Not all of the haze originated from Indonesia," she was quoted as saying.