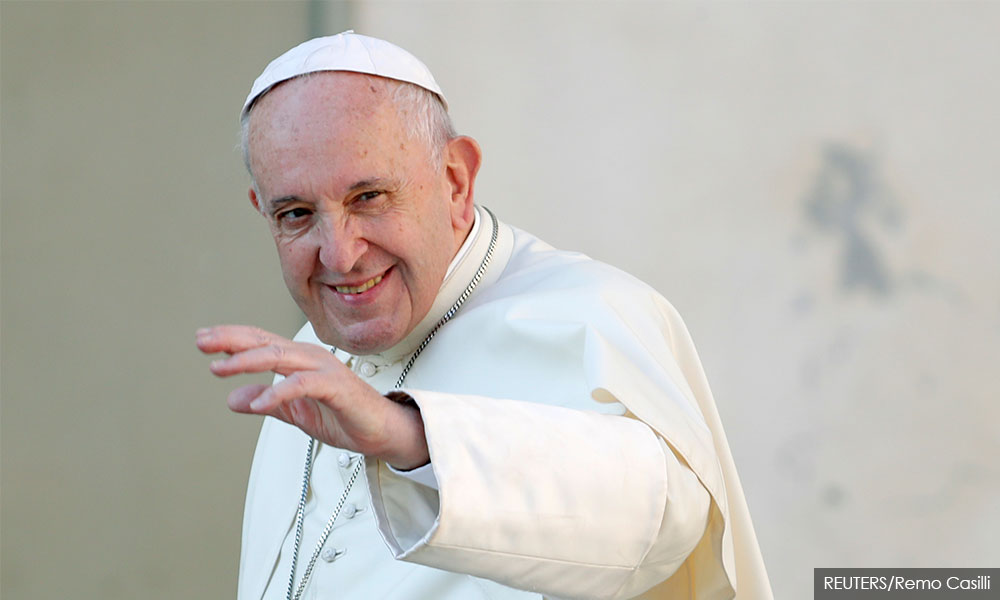 Pope Francis will visit Asia in November and will be the first pope in nearly four decades to make a trip to Thailand and Japan, Vatican sources said.

Francis’ trip to Japan will take him to Tokyo as well as the two cities hit by US atomic bombs at the end of World War Two - Hiroshima and Nagasaki, Japan’s chief cabinet secretary Yoshihide Suga said today.

The visit will be the first papal trip to Japan since 1981.

The stop in Thailand will coincide with the 350th anniversary of the founding of the “Mission de Siam” by Pope Clement IX to oversee missions in Siam, the former name of Thailand. The late Pope John Paul visited Thailand in 1984.

Catholics are a tiny minority in mostly Buddhist Thailand, accounting for less than two percent of the population.

The Asian papal trip is part of Francis’ push to increase dialogue with other religions in order to promote world peace.

Currently, about one percent of Japan’s population is said to claim Christian belief or affiliation.

Christianity was first brought to Japan by Portuguese missionaries in 1549 and banned in 1614, setting in motion a period of bloody persecution that forced the faithful to choose between martyrdom or hiding their beliefs.

This led to the development of “Kakure Kirishitan,” or Hidden Christians, who kept their religion alive in isolated parts of Japan during the 250 years of suppression that followed the ban. Some rites took on elements of Buddhist ancestor worship, Japan’s indigenous Shinto religion, and folk practices such as prayers for good crops.

The 2016 Martin Scorsese film Silence is set in Nagasaki and deals with two priests who travel from Portugal to feudal Japan to search for a mentor who has gone missing and spread the Catholic faith. It’s based on a novel by Japanese author Shusaku Endo, who was Christian himself.

race & religion
pope francis
thailand
japan
Related Reports
Speaking in Madagascar, Pope says deforestation now a global threat
a year ago
Pope calls plight of migrants 'a wound that cries out to heaven'
a year ago
Pope accepts resignation of Chilean cardinal accused of covering up abuse
a year ago
Pope arrives in UAE for historic Gulf visit, condemns Yemen war
a year ago